World
Jesus would have knelt on the neck of an unarmed black man until he died, says Trump
June 2, 2020 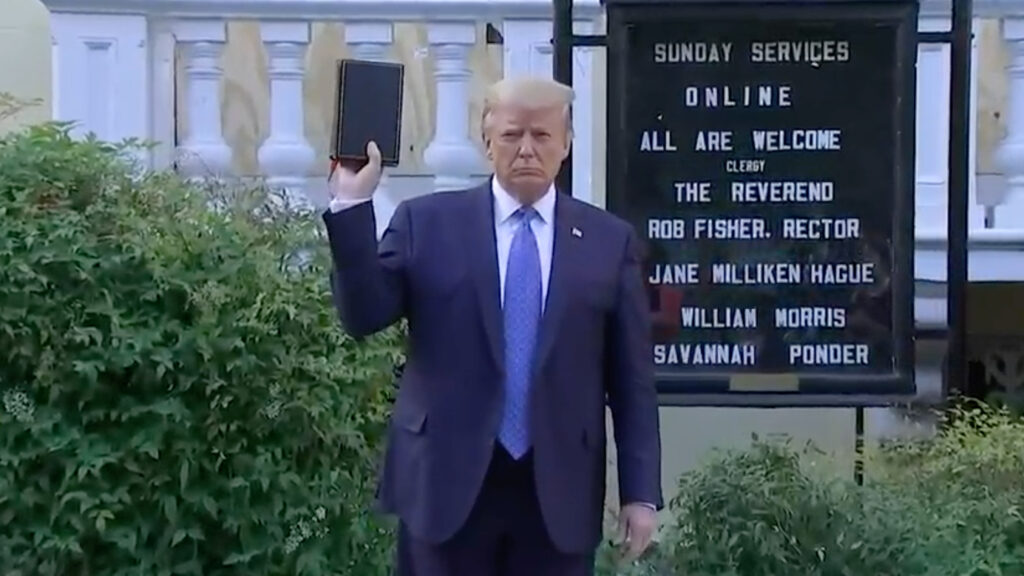 Donald Trump has claimed that the police officer’s actions that sparked riots across America were consistent with Jesus’ message. Holding a bible still in a cellophane wrapper, the president said he was pretty sure that there was a parable in there about Jesus compressing someone’s neck until the point of death while the disciples stood about and did nothing.

Tapping the bible, Trump said “It says right here in Matthew – ‘And lo, did Jesus don military apparel with pepper spray and baton, and go forth to kneel ‘pon the next of a man unarmed.’ This is what they’re telling me. And a lot of people agree.”

“America is a country founded on Christian principles. The brave officers out there are asking themselves what Jesus, a gun-loving white man with a customised AR-15 and a history of violence against women and minorities, would do in each situation and acting upon it.”

Mr Trump said the bible also condoned ‘peacefully’ pepper-spraying protestors, using tear gas against people standing outside the White House and using a riot shield to push over an old man. “They’re all there in the bible. It’s in the Old Testament, I think. Deuteronomy or Leviticus or someone like that.”

Mr Trump also confirmed that hiding in a bunker with a stack of comic books and a fleshlight was very Jesus-like.