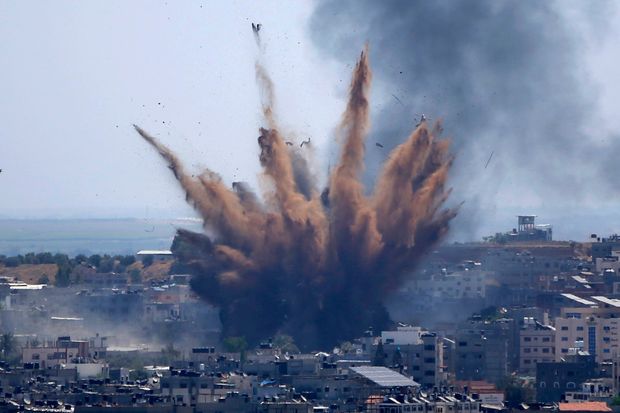 A young Palestinian who styled himself after Bart Simpson was just a few of the terrorists brought to justice by Israeli airstrikes this week. Israel’s measured response comes after numerous Palestinian infant provocations, including: Trampling Israeli gardens, throwing frisbees over their fences, agitating their pet parrot, and skateboarding in front of the public library.

“Today we finally have just retribution, not only for the people of Israel, but for any member of the international community that’s ever woken up to find that their neighbour’s son has replaced their dentures with candy-corn,” announced embattled Israeli Prime Minister Benjamin Netanyahu. The Prime Minister’s stern message was punctuated by the mild burn on his forehead from when the neighbourhood delinquent comically flung a burning-hot smore at his head last week. “If you sympathise with these hoodlums, you sympathise with terrorists.”

Netanyahu’s warnings were clearly aimed at the human right’s organisations that are working to classify indiscriminate bombing as a human right’s violation. “Say that to my wife, who has spent 40 years cultivating a rare orchid for the county’s ‘Summer Floraganza’, only to have one of these hoodlums trip over and sabotage the plant on the night of its blooming.”

The Chaser reached out to the parents of these juvenile terrorists, but they refused to comment, evading our reporters by hiding under rubble. With such irresponsible parenting, we can expect more casualties in the coming days.