WRITTEN BY
Tom Basso
twitter: @thebigjohnnyd
1st of your 1,000,000 free articles this month 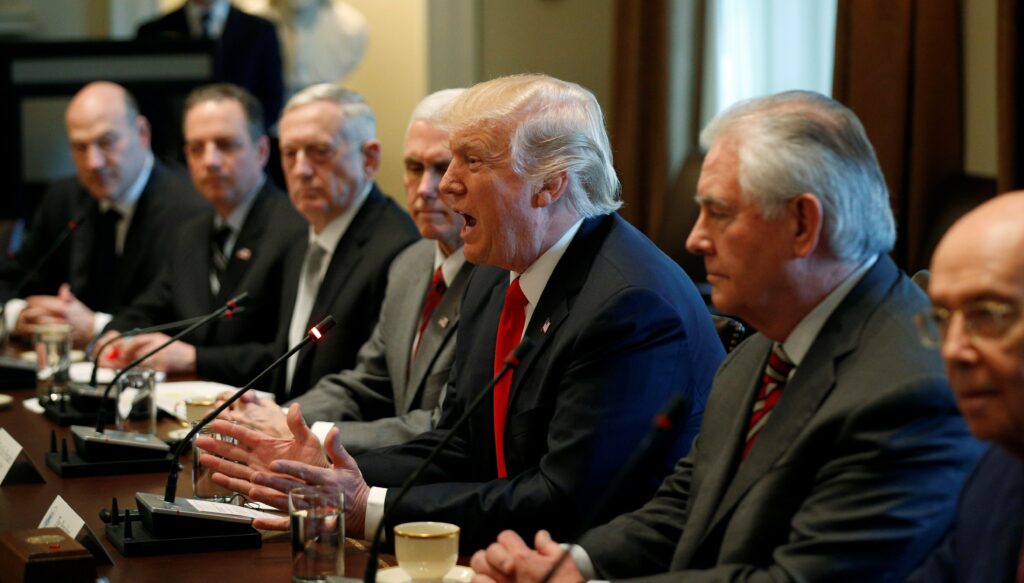 Former host of The Apprentice turned social media influencer Donald Trump has begun workshopping fresh conspiracies to explain why he will once again be robbed of an election win in 2024. Trump reportedly met with his most trusted non-jailed allies at the most mutually conveniently-located landscaping carpark to run through their best excuse ideas, making this the most work he has ever put into planning for an election to date.

However, the process reportedly immediately hit several hurdles, one of which being that many members of Trump’s inner circle have been unable to be contacted due to suffering from coronavirus, having scheduling conflicts with their divorce attorneys, being preoccupied committing campaign finance fraud, or only being allowed one phone call per day.

Another issue for the Trump campaign came when they realised that they have already used up all their best ideas this year and that blaming election fraud, China, “big media”, “big tech”, “big pharma”, Communism, pollsters, and the ‘hacking skills’ of long-dead dictators again in 2024 may look a bit suspicious. The lack of new ideas apparently lead to such a desperation that they even asked Eric Trump if he had any good ideas, however he was too distracted after someone was shaking his dad’s sharpies causing them to “go all wavy and cool” to be able to pay attention to the meeting.

One member of the meeting suggested that Trump could blame whoever mishandled a pandemic that killed 280,000 Americans, tried to stop international action on climate change, inflamed race relations and attempted to dismantle every element of American democracy on him losing an election. However the Trump team slammed the suggestion claiming that those are were all the reasons people would want to vote for a president, and would therefore be ‘too far-fetched’ for even his supporters to believe.

In the end Trump is understood to have settled for reusing Hilary Clinton’s emails again as the designated 2024 conspiracy.