National
Top 10 things we could be spending $66 billion on instead of breaking a contract with France
September 27, 2021 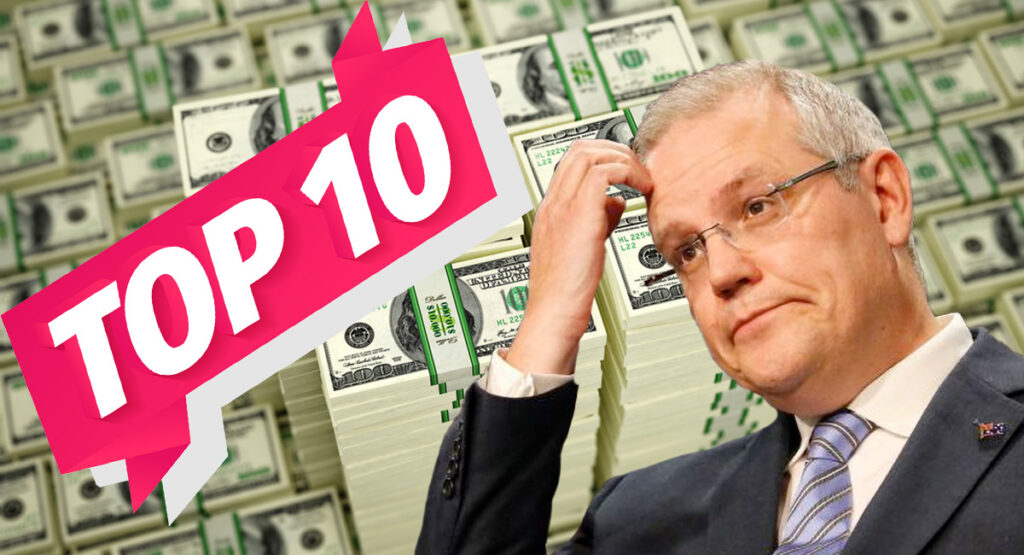 While talking to CBS News, Scott Morrison acknowledged a reported $66 billion bill coming to Australia for breaking the terms of the submarine contract with France. So with all this extra cash the government is ready to just give away, we thought to make a top ten list of better things the country could buy with $66 billion.

Welfare is not that expensive when you look at it through a $66 billion lens, or just one with basic empathy. With just a tiny fraction of this money, we wouldn’t be looking into banning children and the elderly from getting NDIS funding, and we could lift unemployed people out of poverty. Image how nice it would be if everyone could like afford to live? It sounds like a fairy-tale.

‘The cost of climate action is too high’ is essentially a motto for this government, but we could take some of the $66 billion and build a lot of solar farms and wind farms as well as batteries, which unlike non-existent submarines would do something, and unlike getting into nuclear now, isn’t too late.

Imagine a world where public schools have money and childcare was affordable without putting small childcare companies out of business. Nah but Scotty is gonna invest in our future, our distant future, with a couple of submarines. Maybe if the submarines looked less phalic and more like a female body part we wouldn’t be wasting all this money?

The NBN is absolutely [error]

Despite the empathy coaching and Jenny, the government only gave [email protected] a $70k budget for a national program, yep that’ll fix workplace sexual harassment. Wait no, the Milkshake video cost over $3m, this program could probably use with some of the spare money. Maybe it could try a blind trust instead?

5. Phones that are Transformers

It is 2021 and phones aren’t transformers. What the fuck are the nerds of the world doing? We can make that shit and get a good profit too.

Yeah I know, I will be quick. But like, arts is cool and also encapsulates the ABC. Who knows maybe with enough funding they could give us another season of Round The Twist?

Speaking of the Arts, we like money. Give us some please! There is a donation link at the bottom of the article. We want to buy a boat made of caviar.

2. Some kind of theme park where we bring dinosaurs back to life

What could go wrong?

Mathematically speaking, $66 billion could buy 220 Billion soft-serves. Factor in the cost of all other expenses on this list and the fact the machines never fucking work, we are still talking like at least a hundred per person (not including flakes). That sounds like a great investment to us.