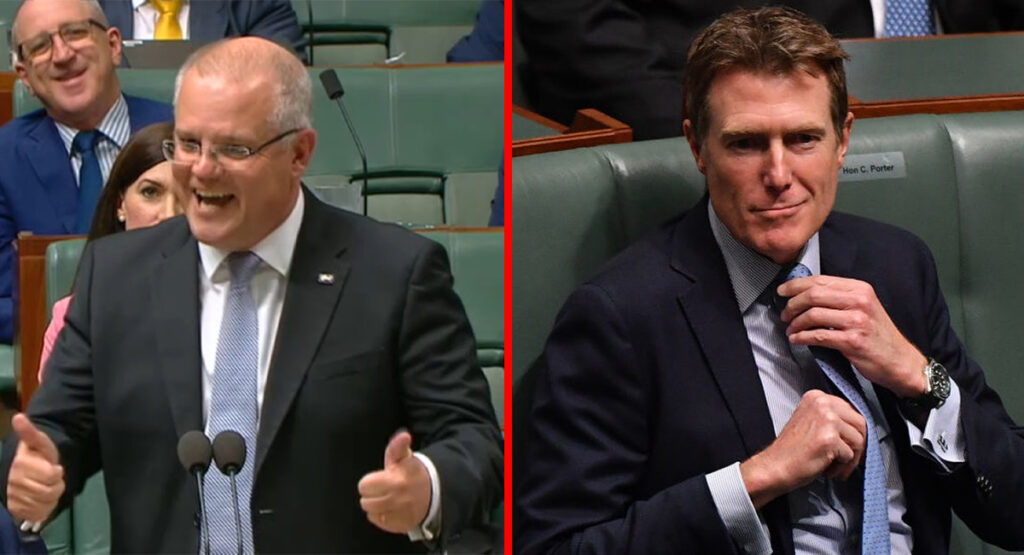 Guy who was previously removed as Leader of the House one day into his appointment, Christian Porter has made headlines after he was promoted by Scott Morrison to Acting Leader of the Boys Club despite not previously being the deputy leader. The Prime Minister claims he gave this promotion to Porter because ‘he represents this parliament to a tee’.

Porter has been a controversial figure for some time now due to a historic alleged rape that has not been investigated and hard evidence of him sexually harassing junior staffers at a bar in Canberra called ‘Public’ which was dealt with by then PM Turnbull by promoting him and telling him to not sexually harass spies, all of which led to a failed attempt to silence the ABC and take money away from the network for reporting on the facts. With a history like that, it is clear to see why Scott Morrison thought he would be the perfect person to lead the House of Representatives.

“I am honoured to take up this very important and demanding role,” said the man who needed paid stress leave after a network recklessly pointed out that an unnamed politician had been accused of rape, “I am ready to get involved. I understand in this role I will be in charge of the day to day business management that takes place in the house and organising the debates while meeting with the Opposition privately. These are all areas I am excited to have power over. Luckily, bars in Canberra are still open so I am ready to meet with any female staffers.”

In response to the appointment, many Aussies have begun feeling physically ill, not only at the idea of Porter being Leader of the Boys Club but also at the notion that they would want Peter Dutton to get back to work ASAP.