National
Scott Morrison launches inquiry to investigate whether there is a way to save Porter’s career
September 16, 2021 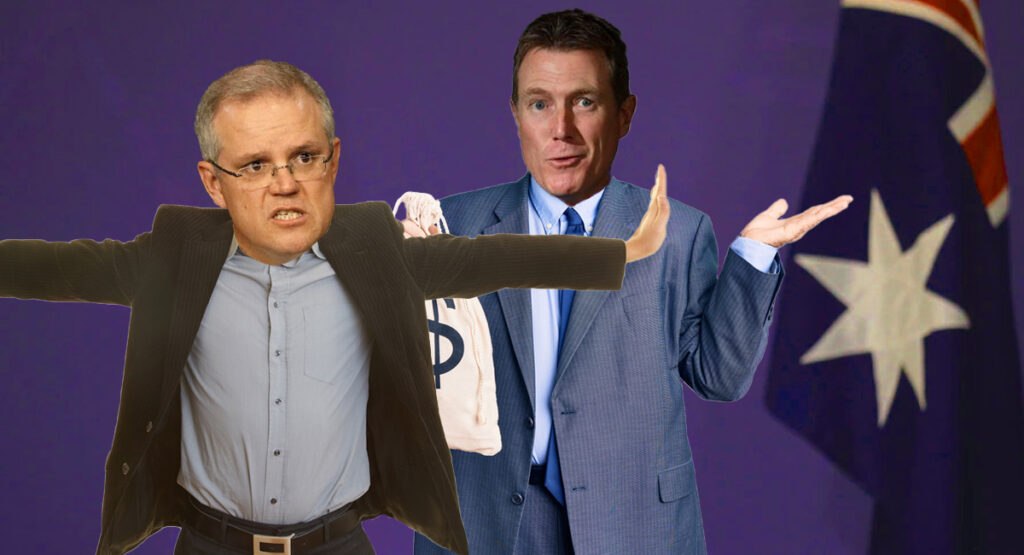 Prime Minister Scott Morrison shocked reporters yesterday by announcing that he is seeking advice about the million dollar blind trust payment made to Christian Porter. The PM later clarified that he is investigating the matter in order to try find a way to not punish Porter.

“It has never been my intent to cause any issues for Porter,” said the PM after a lengthy chat with Jenny, “clearly something has been lost in translation here. I am not here to perpetrator-blame.”

“Every media outlet sent my office an email yesterday morning asking whether receiving a massive anonymous donation was a fireable offense and we said we would seek advice on the issue. Somehow the media mistook my intentions as investigating him, that is completely wrong. It should be clear at this point that my intention is to find a way that it isn’t a fireable offence. We know it’s completely unethical but that doesn’t mean it’s over yet.”

“We will be taking this seriously. Unlike the other investigations we have done in the past, we actually want to find answers. We have begun tirelessly looking through every record to find a loophole and have begun preparations to find a female staffer or politician to take the fall if need be.”

“We are all hands on deck with this investigation, hopefully justice will prevail and the victim can get some rest, actually maybe we should give him some stress leave. Someone tell Porter to take some time off, he needs it.”