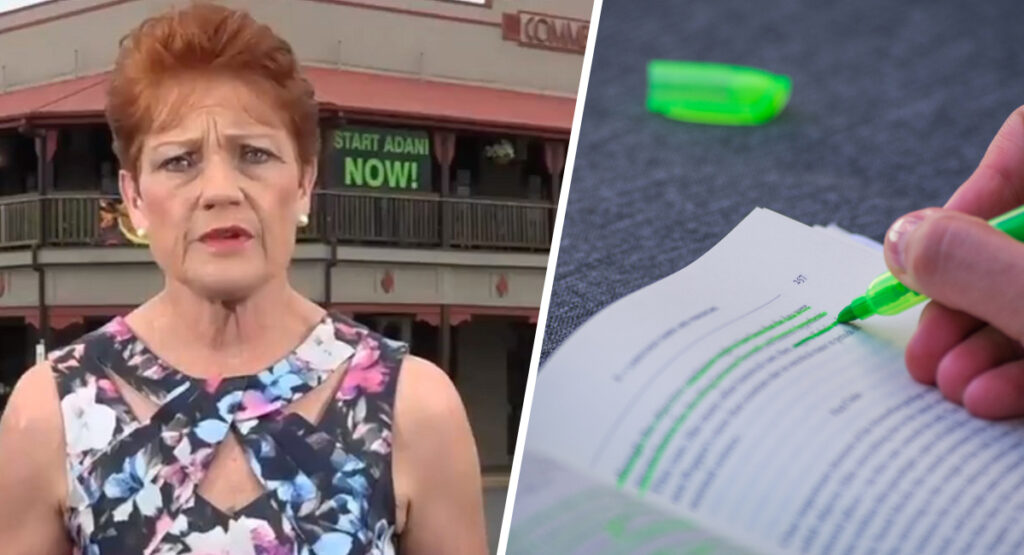 Schools around the country have begun work banning all mention ‘freedom of speech’ advocate Pauline Hanson after she passed a motion in the Senate banning schools from teaching ‘critical race theory’ or discussing the impact that racism has had throughout history.

The ban, which was supported by the Coalition, will see an ‘end’ to primary and high schools in Australia teaching Critical Race Theory, a university subject taught in American universities that looks at historical evidence regarding important events and time periods from American history and critically analysing them through the perspective of how it would contribute to systemic racism in America. Hanson said she became fearful of the program and a potential Australian equivalent after learning it involved denouncing racism. And she became utterly alarmed when she found out it involved factually accurate discussions of history and critical thinking, which are all things Pauline has worked against throughout her career.

“We weren’t actually teaching that university subject to primary school kids anyway,” said one principal, “However I guess you can say that every-cover up of important history has a silver lining because now we won’t ever mention  Pauline here again, because she is a physical embodiment of Australia’s history with racism.”

When asked why they backed the bill a representative for the Coalition told us that, ‘we have had a long history of covering up our racist past, and we knew we hadn’t been doing a good enough job recently after people were knowledgeable enough to correct Morrison when he said there was no slavery in Australia. Hopefully when this is all finished we can even cover-up discussions of our cover-ups.’