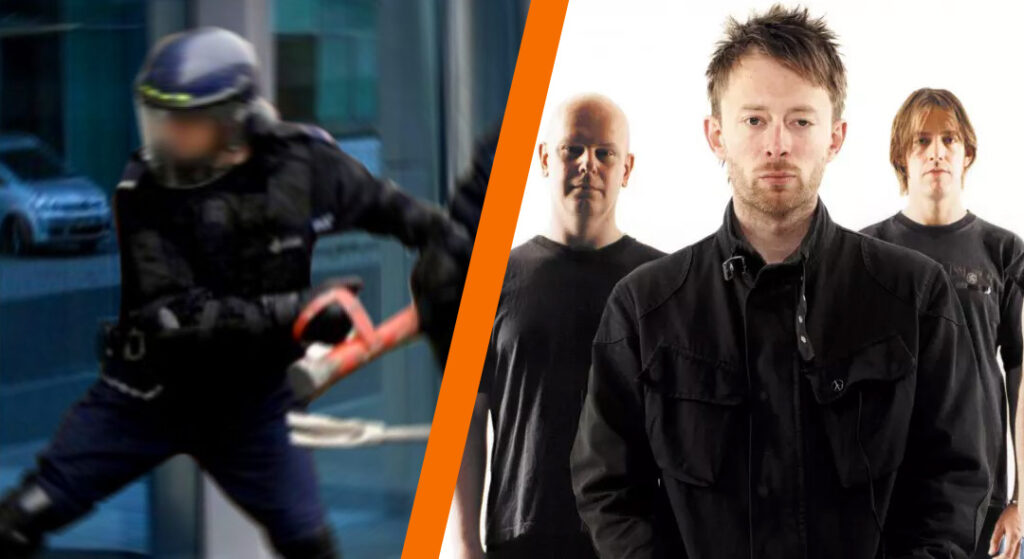 Famed musician Thom Yorke has today been thrown in jail following an incident with the Australian Federal Police that saw the Radiohead frontman unexpectedly raided after leaking unreleased material.

The leak comes in the wake of threats by extortionists to release previously unheard music from the ‘OK Computer’ recording sessions if York did not pay up ransom. Responding to the threats, Mr York instead decided to release the material himself, with all profits from its sale being donated to hiring a paramilitary hit squad to hunt down and kill the extortionists.

Asked whether it was necessary to raid someone for leaking their own material, head of the AFP Chief Captain Detective Constable Clive Pugh said that it was not up to him who the AFP do and do not raid, and for all they know the OK Computer recordings could contain all kinds of classified government secrets.

“We at the AFP take leaks of any kind very seriously,” said Pugh, “and just because a person or persons claim to be the owner of material or materials, we will always need to verify such claims independently before drawing any conclusions. We have it on good grounds that this so called Mr Yorke goes by at least three other aliases, including Sisi Bakbak, Tchock, and Zachariah Wildwood.”

“We have also obtained evidence that Mr Yorke is both a creep and a weirdo, and is often found in places he doesn’t belong. Does that sound like the description of an innocent man?”

“Rest assured we are currently raiding every member of Radiohead, as well as Mr Yorke’s elderly parents, neighbours, the staff at his local Asda, and his dog, in order to confirm that Mr Yorke really is who he says he is.”

The AFP later dropped the investigation, after learning that Mr Yorke had donated to the Liberal party at the last election