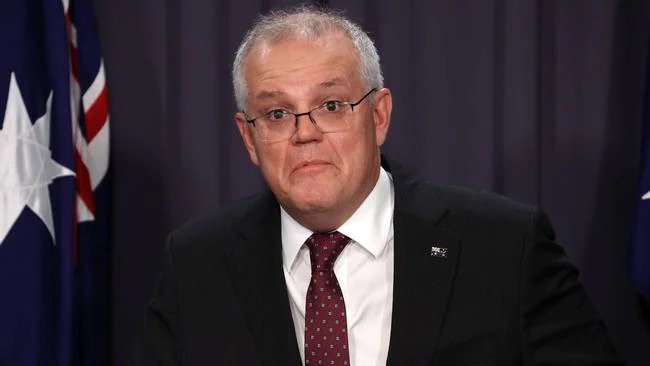 Leader of the country, Scott Morrison has today managed to successfully lose the moral high-ground to Sky News after he responded to assertions that he needs to do more to deal with the sex at work having, desk wanking, rape committing culture amongst his party by baselessly claiming Sky News also covered-up a specific complaint of sexual harassment that was made to HR.

“Sky News should not throw stones in their glass house,” said the PM meaning he is more concerned about desks and hypothetical glass houses than real women, “we might potentially have a few sexual predators but so does Murdoch. Bet you didn’t think about that, did you? I know all about a very real and not made up example in your workplace, even though it would definitely be breaching confidentiality to reveal this information. There is no way this approach could backfire on me.”

Many experts have remained stunned that the Prime Minister would completely make shit up in an attempt to sledge his own PR department like that.

“How did he think he could beat Sky News at their own game like that?” said one expert already getting his predictions ready for who will replace Morrison now that he will be in Rupert’s bad books. “I mean he lost the moral high ground to a place where hosts have a history of lying, child-grooming, defending rapists, starting race-riots and causing international incidents with their blatant misogyny, and that’s just Alan Jones. The only people left he can take the moral high-ground over are members of his own party, Woody Allen and Greg down the road (he still knows what he did).”