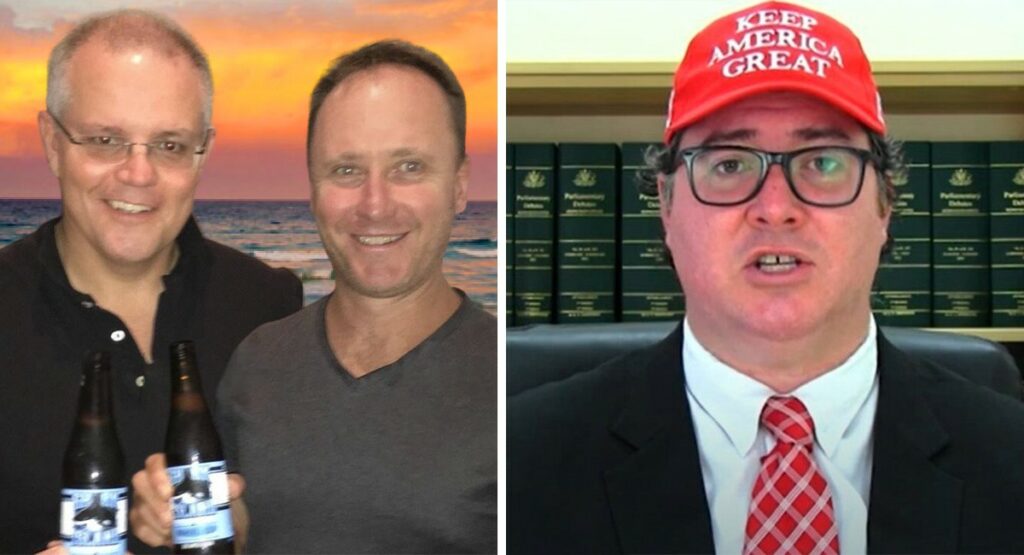 Prime Minister Scott Morrison has slammed Nationals backbencher George Christensen for appearing on conspiracy show Info Wars, stating that it is wildly inappropriate for government officials to endorse such views. The PM, who holidays with one of Australia’s top Qanon figures, told the media that he was completely shocked and appalled that any politician would be so careless as to associate themselves in any way with such a figure.

“Where does George get the idea that this would be ok?” asked Morrison. “It’s unacceptable. Although, I will not be firing him as my mate Tim reckons that Alex Jones makes some good points sometimes, and I trust my friends no matter what.”

“If George wants to spend his time appearing on American TV shows hosted by unhinged right wing conspiracy nuts, then I’d strongly suggest he reconsider. I mean why go all the way to America for that when you’ve got Andrew Bolt right here?”