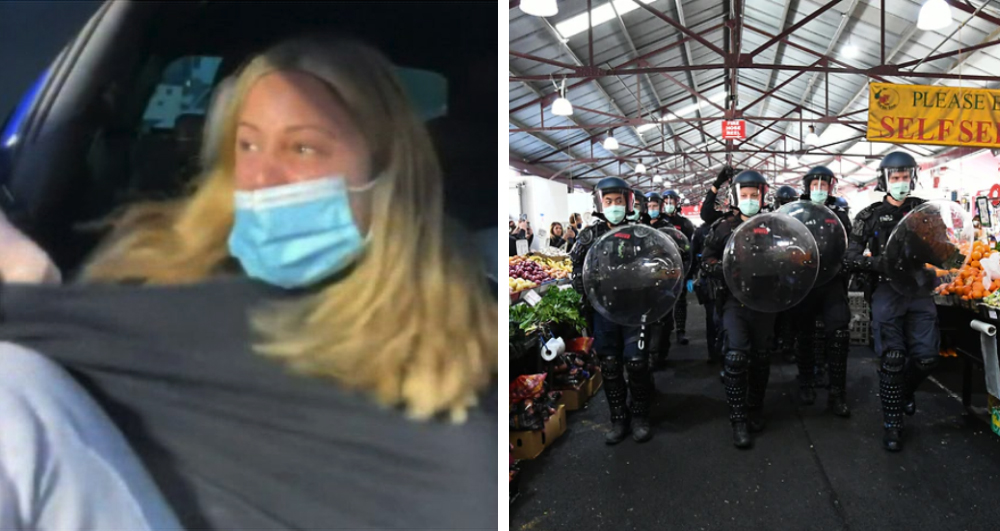 News Corp have today changed their view on the issue of whether it’s okay for protesters to gather in large numbers outside, after a bunch of white conspiracy theorists were brutalised by police. Stating that the police have gone “too far”, journalists for the company have been placed on medical supervision after coming dangerously close to understanding the point.

“This kind of brutish behaviour by police is just not on,” said a representative for the media company who last month called Black Lives Matter a fad. “It’s just basic human rights that people shouldn’t be harmed by government employees who are supposed to be out there protecting them.”

News Corp reporters are now calling for a full defunding of the police, instead requesting that the money used to pay for law enforcement be redirected into social services that will find alternative ways to keep the conspiracy theorists out of the path of the law, like the development of 6G internet. “We suspect that if we roll this out in the next year, then no conspiracy theorists will ever leave their house again,” explained a Telstra representative. “Not because they’re afraid of the rays mind you, it’s just binge streaming TV will be far too easy.”

Asked whether they were concerned that these protestors might get in the way of health and emergency vehicles, as they have complained about with nearly every other protest to ever happen, a representative for News Corp explained that was no longer a problem. “No that was last year that we were anti-protest and pro-healthcarers, now we’re pro-protest and anti-healthcarers, ever since those so called “doctors” started trying to save all our lives. Try to keep up everyone.”