National
Mathias Corman demands to know who is to blame for Australia not having a carbon price
October 29, 2021 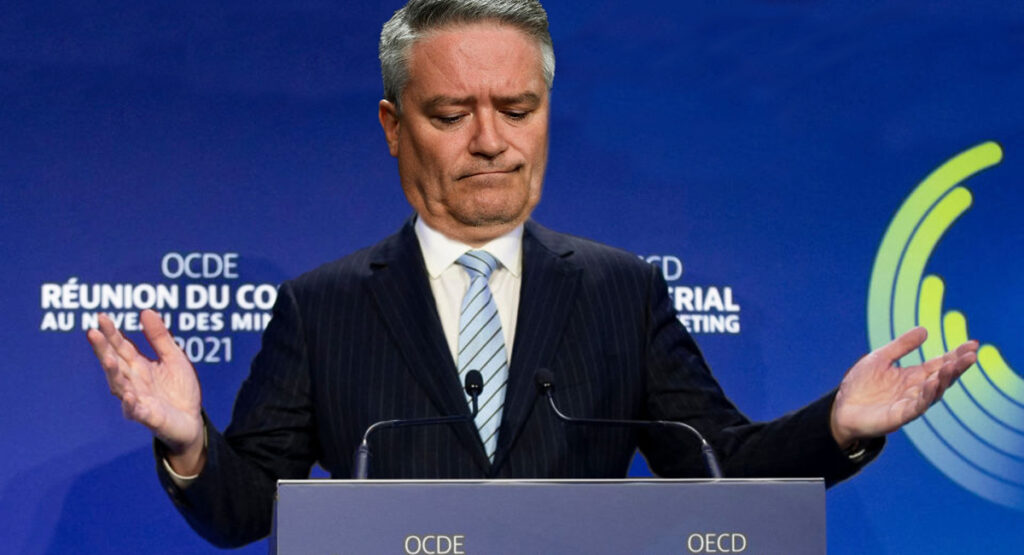 Failed Finance Minister turned leader of the OECD Mathias Corman has reportedly slammed Scott Morrison and demanded Australia introduce a carbon price, declaring that Australia is lagging far behind the rest of the OECD in economic responses to climate change.

Mr Corman has followed up the condemnation by publicly demanding answers as to who in the Australian government is to blame for the nation that once had a carbon price for not having one now. Asking the question ‘What kind of person would be against carbon pricing?’

“Australia needs to catch up to the rest of the world,” said Corman at a presser earlier today, “whoever’s fault this is they need to take responsibility for their actions! They should be ashamed of themselves. So if anyone has a list of names of the people who campaigned to remove Australia’s carbon price, please bring them to me and I will call them out.”

“Make sure you bring them straight to me, publishing it will be a lot of work so I can handle that. Actually you know what, don’t worry I will look into it.”

“Carbon prices are a simple and effective economic solution to climate change, it forces action and raises money that can be used for better sources of energy. How can anyone claim to be a leader or know anything about economics and be strongly against that? That question of course is completely hypothetical, please do not say any names out loud.”

“Definitely don’t say the names in front of the OECD, everyone here is far to busy… Speaking of, would you look at the time. I can’t answer any follow up questions, and AHHHH look over there behind you!”