National
Liberal Party member Tim Smith unable to vote in upcoming election as he won’t be able to produce a driver’s licence
November 1, 2021 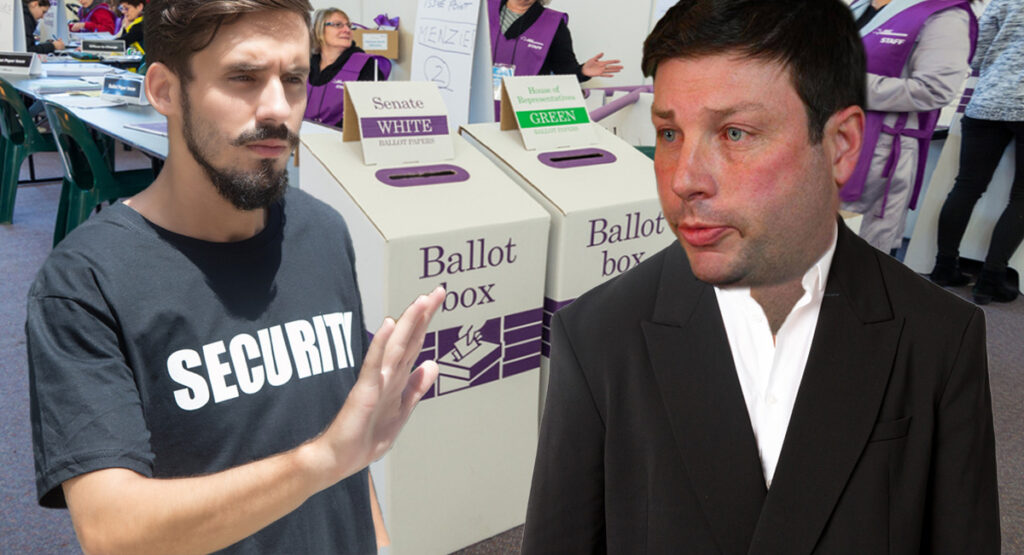 Former Victorian Shadow Cabinet Minister Tim Smith has been left devastated after he has been blocked from the democratic right to vote in the upcoming election as he will not be able to produce a driver’s licence following his drunken crash on Saturday night.

This comes after a proposed bill by the Morrison government which will require all voters produce id to vote. Which the PM claims will ‘save the democratic process’ from people hypothetically starting to ‘fraudulently vote’ for politicians in other parties who aren’t frauds. The PM has expressed regret to Smith saying that he only planned for this bill to block out minorities who the Coalition poll extremely poorly with.

“This is undemocratic,” said Smith still recovering from a hangover after Saturday night, “what so I can’t vote anymore just because I crashed a car while blowing a .131 before 9pm? That shouldn’t disqualify me from voting, that is not how democracies work! I am still a rich-white male!”

“How can anyone trust a system that blocks out voters? This is historically how brutal dictators were able to consolidate their power, I bet Dan Andrews is behind this somehow. Worst of all it looks like I am gong to have a hefty fine for not voting, I mean another hefty fine obviously.”

In response to this statement from Tim Smith, Victoria has experienced an all time high of people volunteering to work at voting stations for the upcoming election, mainly so they can be the person to turn away Tim Smith.