National
Keneally claims she is a diverse candidate: ‘I love Vietnamese food’
September 13, 2021 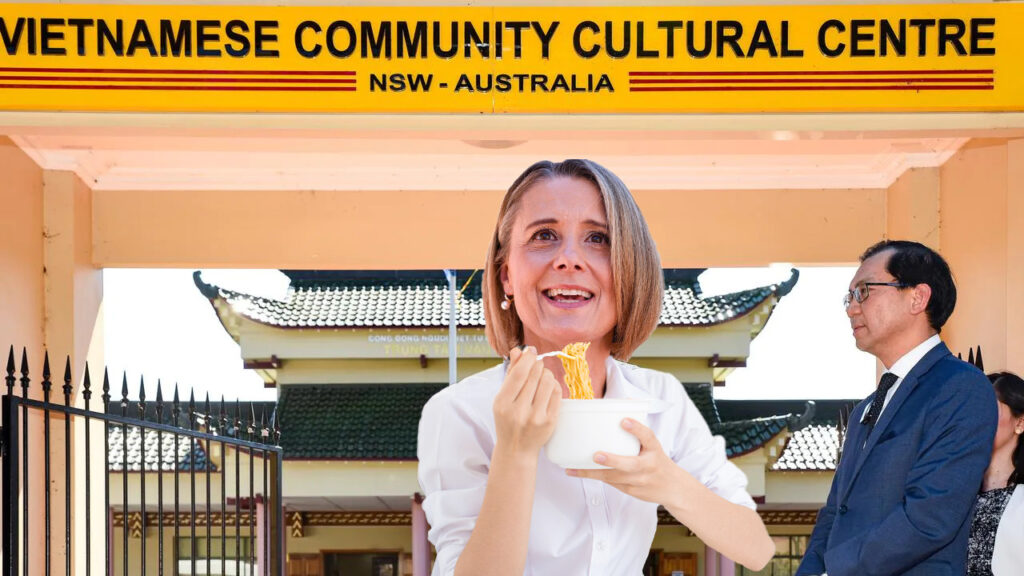 Former Sky News host Kristina Keneally has come under fire after she announced she is switching to run for the House of Representatives in the seat of Fowler.

The move would see her imposed on the seat, ousting lawyer and actual local resident Tu Le.

But Keneally denied that stealing the position from a woman of Vietnamese descent was a blow for diversity within the Labor Party.

“I love Vietnamese food!” she told reporters. “I have Pad Thai at least once a month, it’s my favourite. And dim sims are also great. Oh wait, are they not Vietnamese?”

“I can represent migrant families,” said the MP who has called for harsh migration caps.

“And for the area of Fowler I love the… umm… let me just check Wikipedia.”

“See like you people, I have a great connection to my heritage,” said Keneally, who was born in the United States. “Many ancestors in my country fought in the Vietnam war. So there’s that connection too.”

Labor insiders denied that Keneally wasn’t the best choice. “She is a strong and secretly popular candidate and that is why we put her in the safest seat we could think of. I mean, she is popular just not ‘win an election vote’ popular, that’s all.”