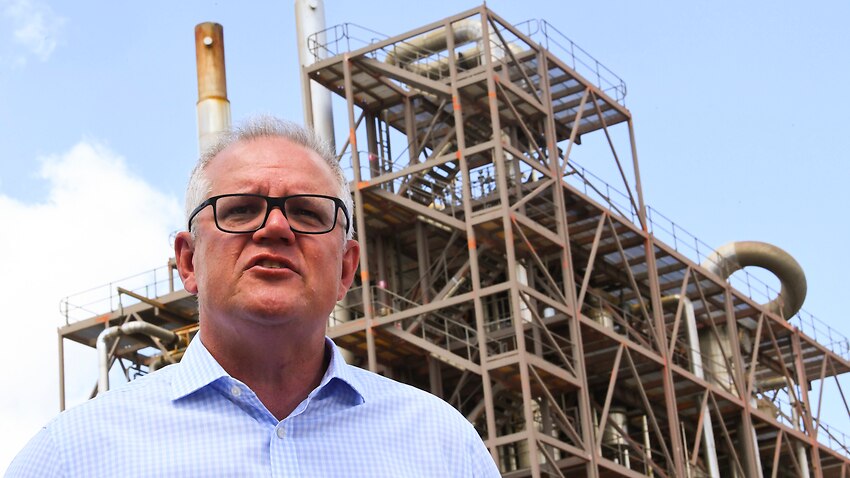 Scott Morrison has slammed assertions that January 26 should no longer be referred to as ‘Australia Day’ and instead be referred to as  ‘Invasion Day’. Mr Morrison claims that the title ‘Invasion Day’ would be inappropriate as the day is not about the historic invasion by the British and the following attempted genocide, but is instead a day to ‘celebrate the historic day that the British invaded the land we know call Australia’.

“Can we stop politicising this silly debate around whether or not Australia Day celebrates the invasion of this land?” said the PM who spent taxpayer money to have a replica of Captain Cook’s ship recreate a route around Australia that Cook didn’t take. “Look, simply put, if Australia Day is about celebrating the historic day that white people invaded this land and the bravery they showed off with their guns, the idea that it celebrates the invasion of Australia and the terrible things they did is ludicrous.”

“Australia Day is a day for all Australians to come together and remember the history of this nation, so can people stop bringing up the history of how this nation was invaded, formed and the racism that has existed throughout? It is about the good and the bad, but also not about the bad though.”

“Australia Day is not about injustices and pain caused to Aboriginal people that happened to start the same day that white people invaded; it is about the rags to riches story of invaders who came and conquered this land. Why are you even talking about that stuff? We took all the bad stuff out of the school history books years ago!”

“You know, the Aboriginal people weren’t the only ones who had it tough. Some of the invaders probably felt sea sick. Remember the day is not about discussing the events that made Australia what it is today in terms of the treatment of Aboriginal people, it is about discussing what made Australia the great country it is today for white people. It is a day where all Australians can come together to celebrate white Australians, how great is that? We don’t get nearly enough attention in this country.”

“So please help us unify all people in this nation by telling anyone who dares potentially make white people who live in denial uncomfortable to suck it up and fall in line. Come on it’s easy, if I can ignore the history of this nation, so can you.”