loading...
National
Government launches investigation after Australian of the Year shows leadership and integrity uncharacteristic of Aussie leaders
1st of your 1,000,000 free articles this month 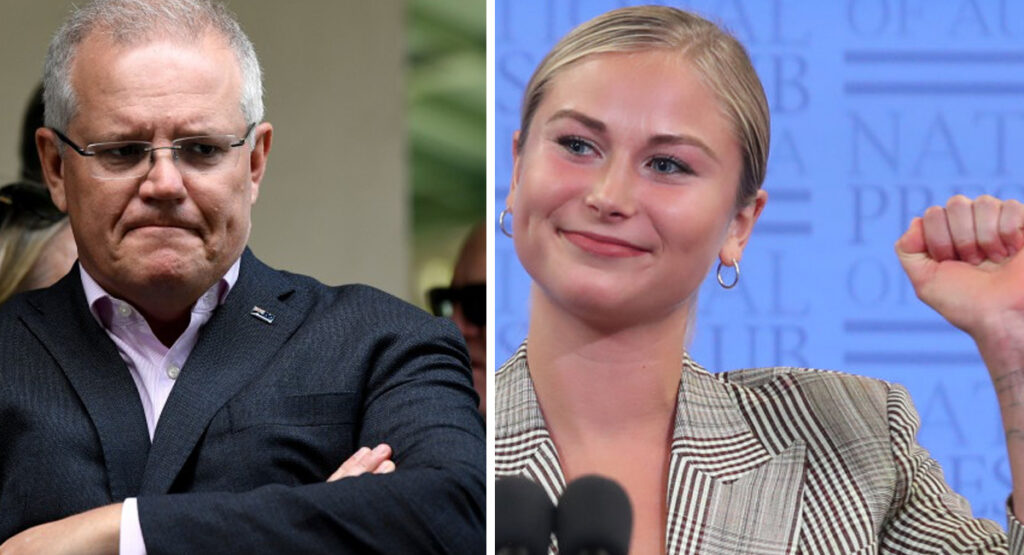 The federal government has launched an investigation into the selection process for Australian of the Year which comes amidst complaints made by the government about 2021 recipient Grace Tame. This comes after Tame has caused outrage amongst the LNP for showing inspirational leadership and integrity in her morally driven goals in fighting against sexual abuse, which according the government are ‘traits not fitting of leadership in Australia’.

“We are concerned about the sanctity and reputation of our Australia Day awards,” claimed a representative for the party that gave an award for gender equality activists to Battina Ardnt, “it has nothing to do with Grace Tame. Our complaints about her winning has nothing to do with us launching an investigation into how she won, the notion that the two things could be connected is ridiculous.”

“However since you all brought her up, not us, let’s use her as an example. Let’s look at some of the words people use to describe her; smart, well-spoken, inspirational, driven, compassionate, ‘a leader’. These are not traits we should be celebrating or awarding in this country. Our leaders should be considered ‘useless’, ‘easily bought’ and ‘an overall embarrassment’, the selection process should mirror this.”

“We want winners who understand that whatever silly cause they won for, once you won you are no longer meant to advocate for that cause. You are meant to advocate for how wonderful Australia is and what a good job Scomo is doing. Winning that award means the problem has already been solved, so you don’t need to continue to yap on about it. We don’t want to hear that sort of stuff, especially from a woman.”

In response to this news, many Australians have expressed anger declaring “The idea that she has done damage to the prestige of the award is disgusting, she has lead national conversations and caused me to actually want to watch the National Press Club. Grace Tame is the best Australian of the Year winner since… since umm… shit… Hugh Jackman? He has won right? I mean I don’t know if I would put him above her at this point but it’s at least comparable, either way you get the idea.”