loading...
National
Turnbull says parents to blame for not having job at Goldman Sachs
May 5, 2016 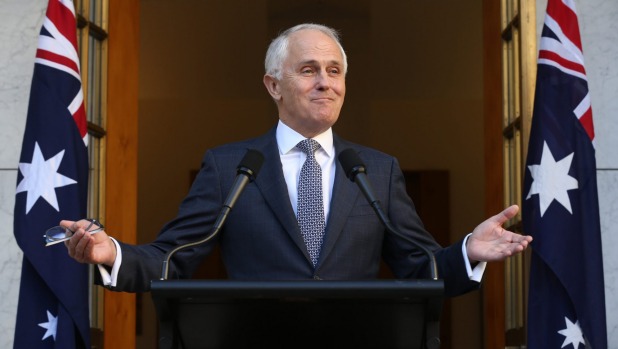 Malcolm Turnbull has said that parents have only themselves to blame if they don’t have a high-paying job in the finance sector that makes it possible to “shell out” the money for their kids’ first house.

Mr Turnbull said housing affordability would be solved in an instant if everyone had a job at Goldman Sachs.

“The number of teachers who come up to me and complain about housing affordability is astronomical,” he complained to Jon Faine on radio this morning. “I keep wanting to say to them: look at yourself. You’re a teacher. That’s a dead end. You knew that when you became a teacher. Nobody has ever offered a teacher a seven-figure-bonus. It’s your life-choice that’s the issue, not a damaging over-allocation of highly-leveraged speculative capital in the housing market.”

Mr Turnbull called on all parents to quit their low-paying jobs in education, health, community services, retail and manufacturing and double down on getting into the finance sector. “Get an internship if you have to. After a couple of years on $4 an hour, you should be able to pick up an entry-level job. Then after another decade shilling dubious financial products to teachers, nurses and tradies, you’ll be in a position to buy that Point Piper bedsit for your daughter to live in once she finishes Year 12 at Kambala.”

A spokesperson for Mr Turnbull denied he was out of touch.