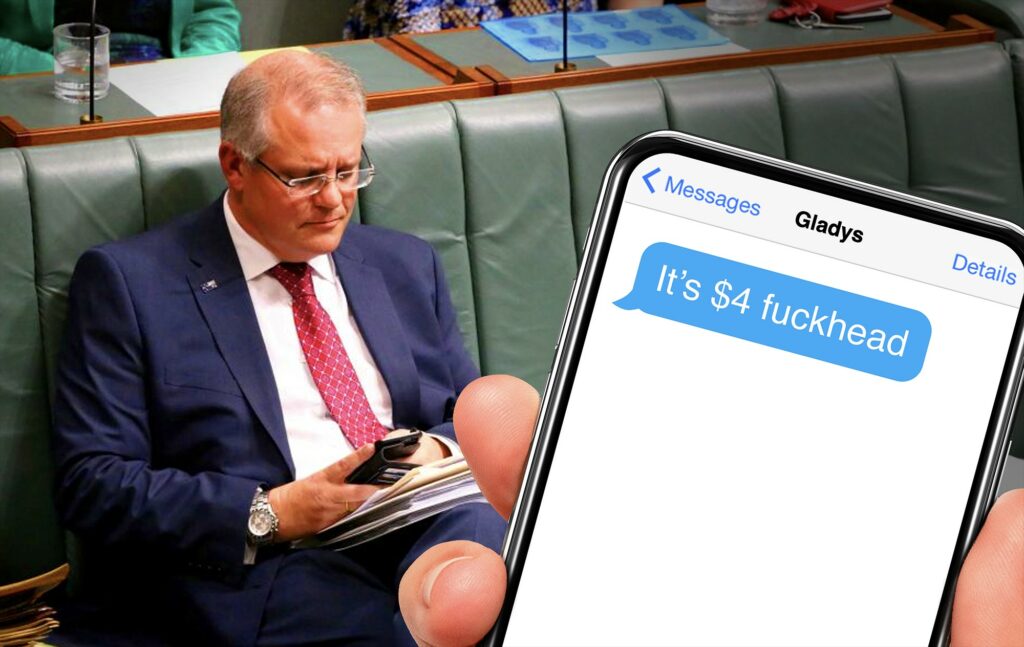 NSW Premier Gladys Berejiklian has been left in ‘complete shock’ after more of her text messages have been leaked regarding Australian Prime Minister Scott Morrison, the first of which seems to be telling the PM how much milk costs in his local area.

These new messages reportedly were sent this afternoon and were sent directly to the PM, this according to our source ‘not Gladys Berejiklian’. The messages show a heated and mostly one sided exchange between the two:

Berejiklian – ‘Lol you are screwing up big time’

Berejiklian – ‘You haven’t looked that uncomfortable since Engadine, you psycho’

Morrison – ‘Are you smiling while sending these messages?’

Berejiklian – ‘Of course not, Fuck you!’

Morrison – ‘Well then, you are just being rude. Show me some respect!’

Following the leak, both individuals have since publicly claimed they ‘do not recall’ whether the exchange ever happened. However in seemingly related news, Scott Morrison has announced that he now fully supports NSW’s ICAC and all their efforts investigating alleged corruption on the state level.