National
‘Don’t worry Australia, you will still have Microsoft Bing,’ says the Bing of Prime Ministers
1st of your 1,000,000 free articles this month 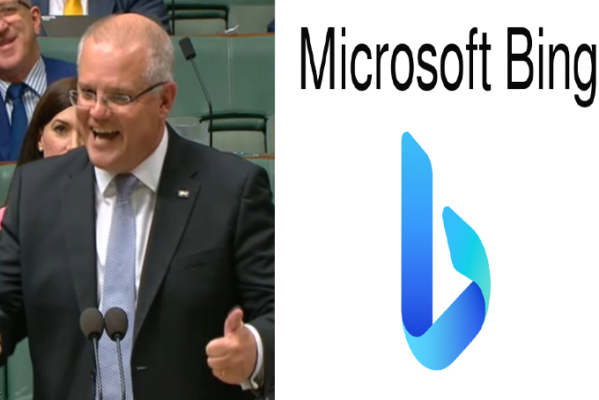 As the Senate gets involved in the ongoing feud between Australian traditional media and tech giants, Google has warned it will pull the search engine from Aussie users. The Bing of Prime Ministers himself, Scott Morrison, has called on Australians to use Microsoft Bing instead.

“How great is googling stuff on Bing?” said the Murdoch fanboy taking time off from his time off, “You might not actually get what you wanted from its work but it technically fits the definition of being labelled a search engine. I have modelled my Prime Ministership on Bing.”

“Bing has all the information you could ever need about an issue. Last year I opened up Bing and googled ‘did slavery exist in Australia’ and its safe to say I was as informed about it as the kids who went to school during the Howard era. The other day I even looked up how many ships were in the first fleet. There is so much you can learn on Bing.”

“You can google all kinds of things on Bing like; how many outfits do farmers own? Climate Change good or bad? Do Prime Ministers hold hoses? Did Captain Cook do anything wrong ever? How many tax cuts for the rich are too many? How to look like you know what you’re doing when angle-grinding a flat pack? How to lead a country during a pandemic? How to do a good Borat impression? And, are white-supremacist terrorists violent racists or just misunderstood?”

“To the Aussies at home, please just use Bing instead which is owned by the American company Microsoft who definitely don’t pay basically the same amount of dollars in tax here as Google. I would know, I googled it on Bing.”