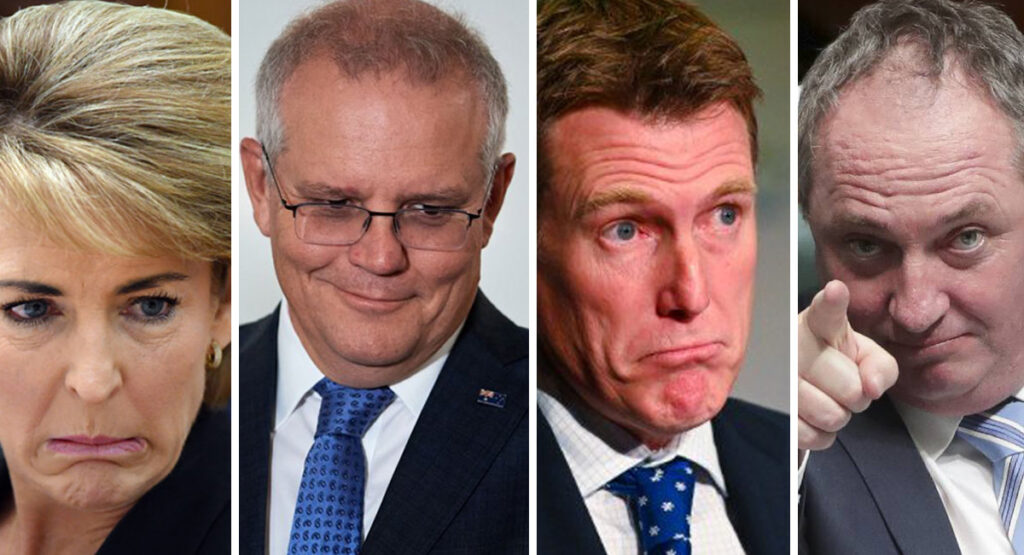 Shock developments today after Attorney-General Michaelia Cash didn’t begin the process of making a Federal Corruption Commission with plans being moved back to maybe sometime in the distant future or maybe never.

This failure to deliver on a campaign promise has left many in the media casting doubt about whether the coalition of dodgy fuckers potentially don’t want a Federal ICAC after all, like what they have said numerous times over the last few months.

Many experts have been left bewildered as to why any of the dodgy fuckers would be so publicly against measures that would make them more trustworthy just so long as they aren’t breaking any laws. However defamation lawyers have told us that it is technically ‘not suspicious at all’ and completely not worth a lawsuit.

FOI requests have been filed in order to try find out what happened in the planning of this unpredictable back-flip, however the dodgy fuckers just responded with documents that were entirely redacted and an email that read, “LOL nice try idiots, we aren’t dumb enough to fill that out.”