loading...
National
Danger across the ditch as incompetent leader Ardern wins office
1st of your 1,000,000 free articles this month 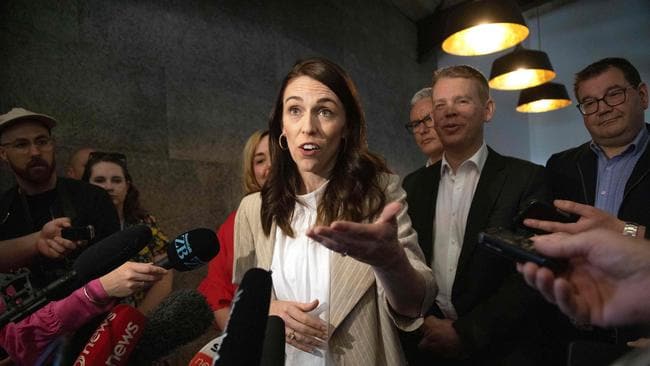 Nobody skewered Barack Obama during his presidency like legendary comedian Dennis Miller. “It’s not all that dramatic with me and Obama,” Miller once told his audience. “It’s not racist, it’s not classist, it’s not ideological. It’s just that he’s an inept civil servant. He’s the guy at the toll booth who’s constantly giving out the wrong change.”

The same could be said about New Zealand Prime Minister ­Jacinda Ardern. She’s a brilliant politician, but has been a grossly incompetent administrator. And with her seismic re-election on Saturday, New Zealand is in for a dangerous three years.

“There is a distinct chance that if we don’t sort out our economic challenges quickly, New Zealand could end up a failed state,” says Oliver Hartwich, executive director of leading think tank the New Zealand Initiative.

Hartwich is right to be worried. New Zealand has been hit particularly hard by the Ardern government’s heavy-handed coronavirus response. Before COVID-19, tourism was New Zealand’s largest export industry, employing 8.4 per cent of its workforce and bringing in over one fifth of the country’s foreign exchange earnings. With corona, this key plank of the NZ economy has been shut down for the foreseeable future.

Read more of this article on our spinoff satirical news website The Australian.