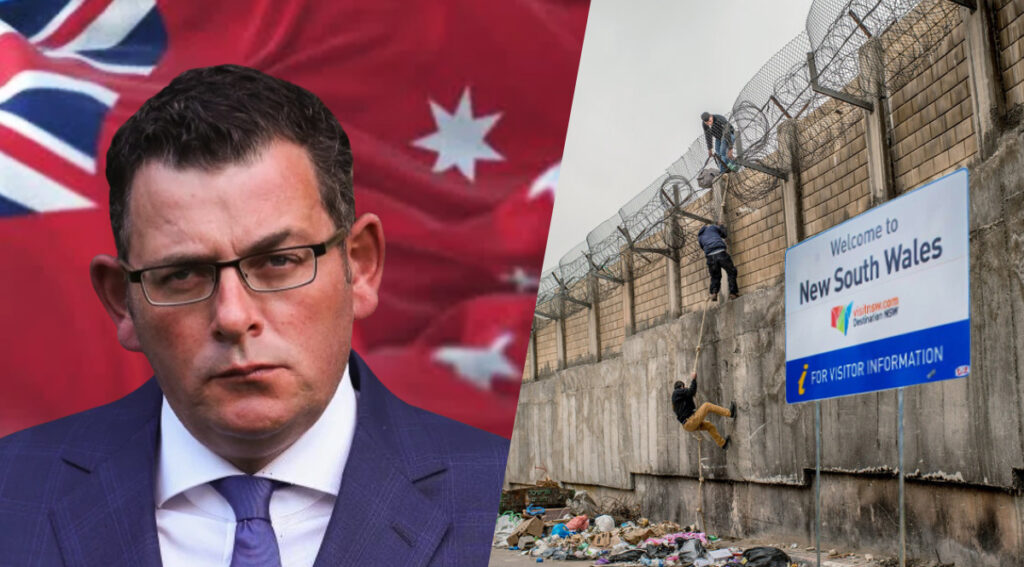 Ruthless madman Dictator Dan has once again ramped up his conflict with the democratic and peaceful NSW government, after declaring plans to build a wall around the Victorian border with NSW, a wall he claims will be paid for by Sydney.

“When NSW send us their people they aren’t sending their best,” he claimed at a press conference today. “They’re sending Peta Credlin, they’re sending Alan Jones. And some, I guess, are good people. But we can’t take that chance.”

However, concerns are growing among eagle eyed watchers that this may simply be a diversionary tactic to lower NSW’s guard before an eventual invasion.

“We will starve them out by setting up a ring of steel around the city,” Dan told his war room today. “We will force a surrender by capturing their most valuable resource – the elite private school kids. At all costs we must try and avoid taking the roads, they are a death trap. The traffic alone is a nightmare and the layout make no sense. Have you seen a map of Sydney, it looks like a toddler drew it. God knows how Covid ever managed to get out.”