National
Australia day renamed Ruby Princess Day in commemoration of another boat that fucked everything up
1st of your 1,000,000 free articles this month 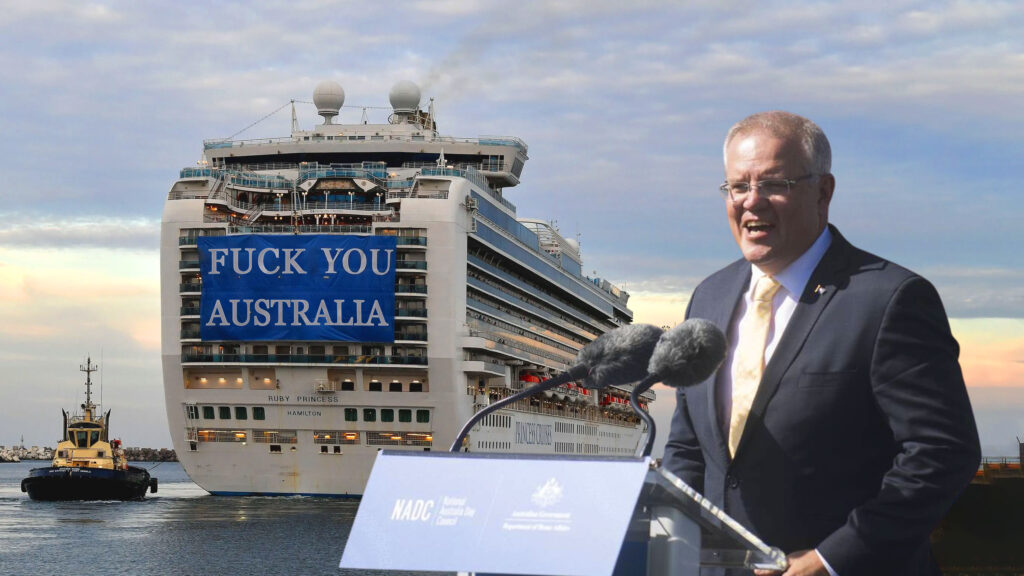 The Australia Day argument has been settled once and for all today, after the federal government announced a compromise aimed to make nobody happy, ensuring true balance is reached across the political spectrum. “Today I’m proud to announce we’re not changing the date, but also we’re no longer celebrating the founding of Australia,” announced Scott Morrison. “Instead we will now be using January 26th to commemorate a different boat arriving and fucking everything up – happy Ruby Princess Day everyone!”

The news comes as Scott Morrison attempts to put out multiple fires from recent incorrect comments surrounding the basic facts of Australian history, including a claim that Australia never had slavery, and that Morrison knows how to use the bathrooms at McDonalds. “Clearly the historical record suggests that Morrison is wrong in this case,” said Sydney University Historian John Beard. “Just ask anyone who has a descendant that worked at Engadine Maccas and the oral history is irrefutable.”

Ruby Princess day will be celebrated with a public holiday, in which all Australians will be required to stay home and avoid friends, family and any kind of fun, because a few entitled fuckwits decided to spend their downtime on a giant floating fossil fuel pump attached to a gastro petri-dish. “Brilliant, now I feel terrible, but it’s in a way that Rupert Murdoch’s papers can’t deny the cause of,” said one local man. “Oh wait no I forgot NSW had a liberal government. Deny away Bolt and Miranda.”