National
As parliament cracks down on sexual harassment, Barnaby resorts to fucking the planet instead
October 19, 2021 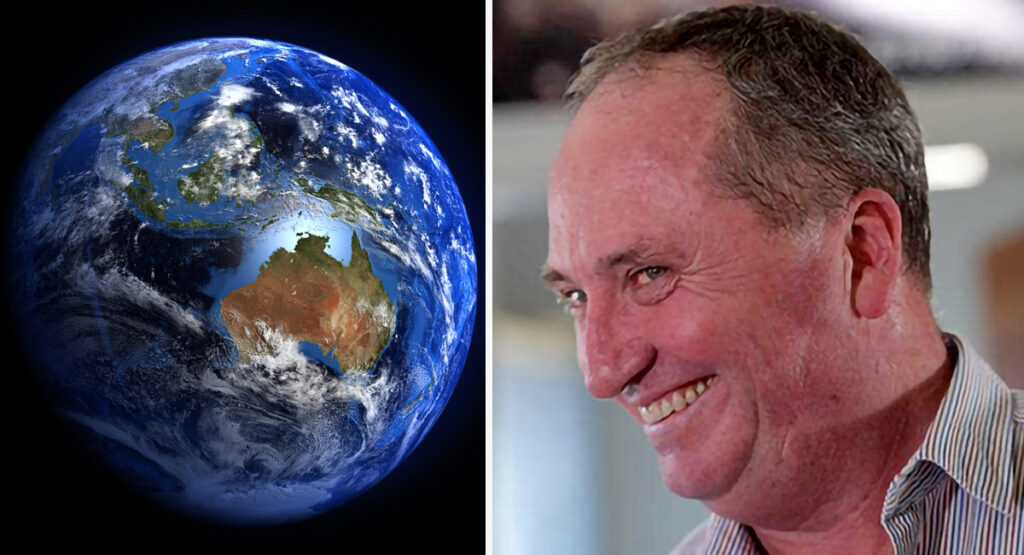 As Parliament cracks down on sexual misconduct in its workplace, Barnaby Joyce has found himself having to resort to fucking the entire planet instead.

The families man told reporters that he feels like he is being rushed on the issue of not sexually propositioning staffers. He said the National Party needed time to work out how to get around the government’s plan that would aim for net zero sexual harassment by 2050.

“I am taking this matter very seriously,” claimed a drunk Barnaby Joyce during Question Time, “I’m just worried about jobs in this country. Mainly the jobs of me and my mates.”

“I am now willing to admit that sexual harassment is a real issue, but I don’t think we should just act on it.”

“The same idiots calling for this action are the same ones who bang on about climate change, saying we need to work with the planet. Well if Mother Earth really wants to know what it’s like to work for me, I am happy to show her in a private meeting over dinner. Who knows maybe we can have some deserts too if you know what I mean. Is it getting hot in here or is it just me?”

In response to this announcement from the soon to be acting Prime Minister, those who care about the planet have taken steps to ensure the planet isn’t left alone with Barnaby and asked the planet to text them when it gets home from travelling around the sun.