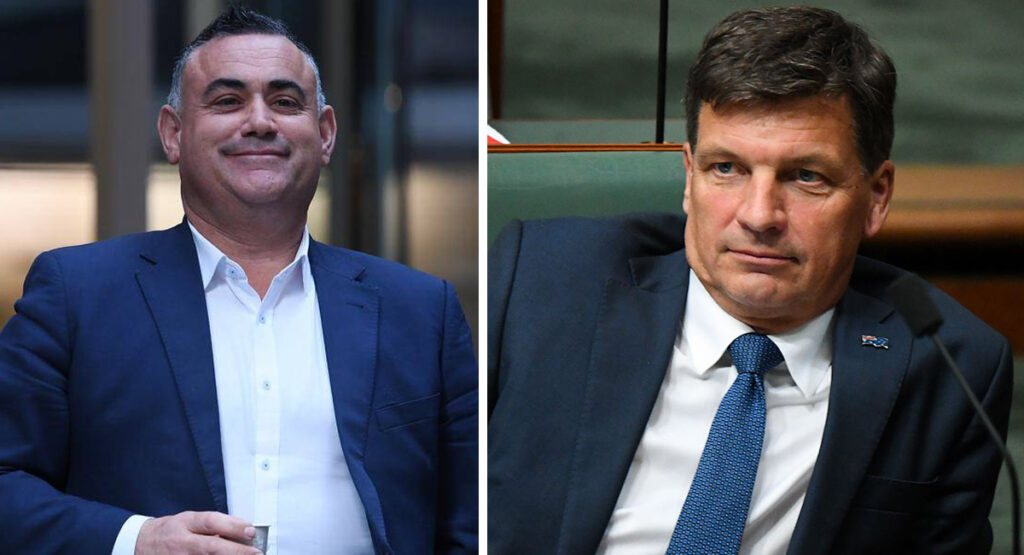 This comes after revelations that NSW Deputy Premier and guy who our lawyers call [redacted] John Barilaro asked for the $50,000 grant that was being awarded to Angus Taylor’s brother’s company to be ‘disguised as a contract payment’, which could benefit the federal minister who owns a shit load of the land the investment is directed at. This payment reportedly brings the total state and federal government hand-outs to the Taylor family owned business to $800,000, or 1/10th the price of non-existent drought relief water when Taylor pays ‘mates rates’.

Angus Taylor has released a written statement addressing the issue:

“The idea that there is anything corrupt about what is going on is defamatory. The allegation that Barilaro is showing favouritism towards the brother-in-law of his former parliamentary secretary and brother of the federal minister in his electorate, by funnelling money through a made-up contract invoice so that a grant doesn’t get scrutinised is completely false. It is all above board with proper approvals. Yours’ truly, Sydney Lord Mayor Clover Moore.”