National
Albanese finally stands up to Morrison! Wait no, he just wanted to fix the PM’s tie
September 23, 2020 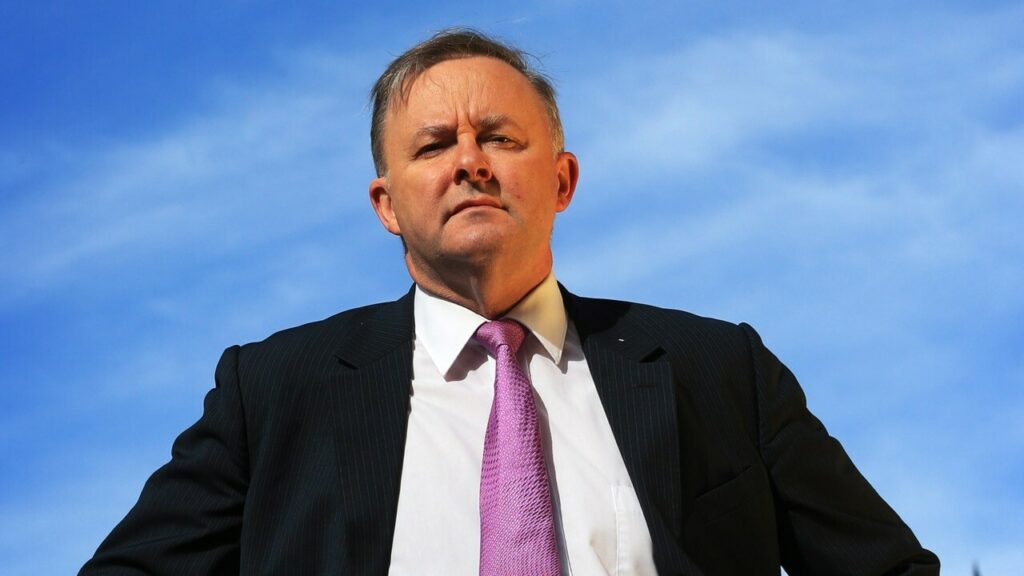 Alleged Opposition leader and guy who just wants everyone to be his mate, Anthony Albanese has today briefly excited millions of Australians by finally standing up to Scott Morrison in parliament. However, disappointment quickly set in after it was made clear Albo just wanted to fix the PM’s tie, before kneeling to kiss his ring then sitting back down to cheer the PM on.

We sat down with Albo to talk about accidently exciting Australians for the first time since he took over as Labor ‘leader’. This is what he had to say.

“Oh wow, I just wanted to help the Prime Minister out because I would hate for anything to make Scomo look bad. Really, I brought hope? I am so glad to hear that. You see I was worried about the voters that keep calling me a disappointment. See I thought by calling me disappointing that implied they thought I had a chance to begin with, which may make them sound naïve. I am glad to have been able to give them hope briefly so it now makes sense that I can disappoint them.”

“See my plan as the opposition leader has been to keep as quiet as possible as to not upset voters. I will say something every once and a while but I like to wait a bit first to feel out whether I might alienate people by standing my ground. See if I wait a few weeks or a month, by then Penny, Kevin, Bill, Malcom, the Greens and all the experts probably would have stood up to Scotty first, so I know I won’t be offending him or anyone else by doing so. I feel like this will help me in the polls. Sure, some might say it hasn’t worked since Scomo is at 67% on the polls, but Dan Andrews is at 70% and the media say he is on his way out, so I am in with a chance.”

When asked if he is stuck between a rock and a hard place between what voters want and what Murdoch wants, the former DJ had this to say, “Look, Rupert Murdoch may not always see eye-to-eye with the Australian public or the experts in whatever field he is talking about, but he is still a bloke I don’t want hating me. I don’t want anyone to hate me. That’s why I haven’t pointed to the Murdoch doco on iview breaking down how he is a danger to democracy, it might hurt his feelings. Classic ABC bias, going after a bloke like that.”

In response to this, Labor voters have once again pushed for Penny Wong to take over as Labor leader thinking she would be able to turn this country around due to her consistent fighting for what she believes in and standing up to the LNP. Some have pointed out however that she is in the Senate not the House of Representatives. Another issue is that this is Australia and she is an Asian Lesbian Women, no amount of popularity or skill at the job would make Australia or our Media accept her as leader. Remember although she is an inspiration to many, this is a country that wants Karl Stefanovic on TV for some reason.