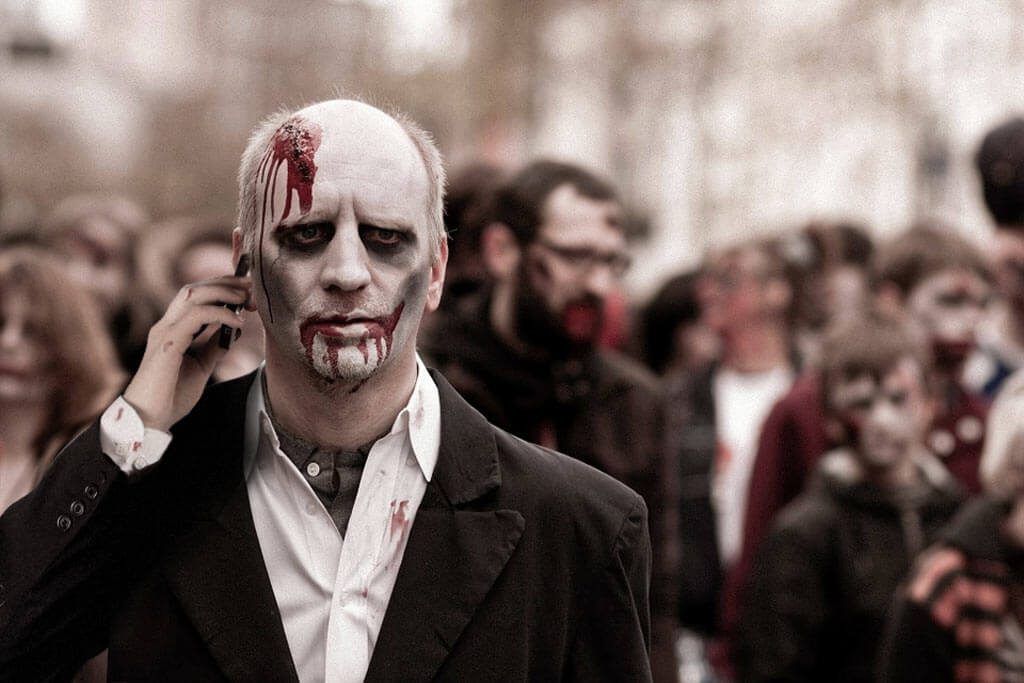 Having waited on hold for 40 minutes, reanimated corpse Trevor Fleck has slammed call centre workers across the nation, declaring them slack-jawed imitations of humanity with no reasoning power. “All I want to do is cancel my electricity account,” he said. “As a zombie, I have no need for warmth or light. Yet these mouth-breathers at Integral Energy can’t seem to get that into their thick, delicious frontal lobes.”

Previously, Fleck has tried to get help from directory assistance, with limited success. “First there was the voice-recognition system, to which I quite clearly moaned that I wanted brains,” he complained. “Then some idiot gets on the phone and asks me the exact same question as the machine! It’s enough to drive an undead shambler to drink spinal fluid.”

“To top it all off, ” he added, “the stupid girl gave me the number for a plumber. That doesn’t even make sense. Did she think I said I craved drains?”

The zombie’s worst call centre experience occurred late last year, when he was transferred to four different departments before reaching someone who had even the vaguest idea what they were talking about. “I had a complaint about a skin cream I’d purchased from an infomercial, but you would’ve thought I was speaking Haitian Creole from the way they were carrying on.”

“The worst part is the terrible hold music – and they way they keep interrupting it to tell you that your call’s important,” Fleck said. ” I get a little frustrated, even though I possess the infinite patience of the tomb.”

A number of call centre operators have expressed anger at Fleck’s claims. “If Trevor wants to sit for hours at a time without a break, listening to the non-stop complaints of ill-informed callers for $13 an hour, he’s more than welcome to,” said tech-support assistant Nina Bannon. “If he thinks we’re mindless, he should hear our customers.”