General News
‘We were only at the buying hospitals stage in the relationship’ claims Gladys
October 29, 2021 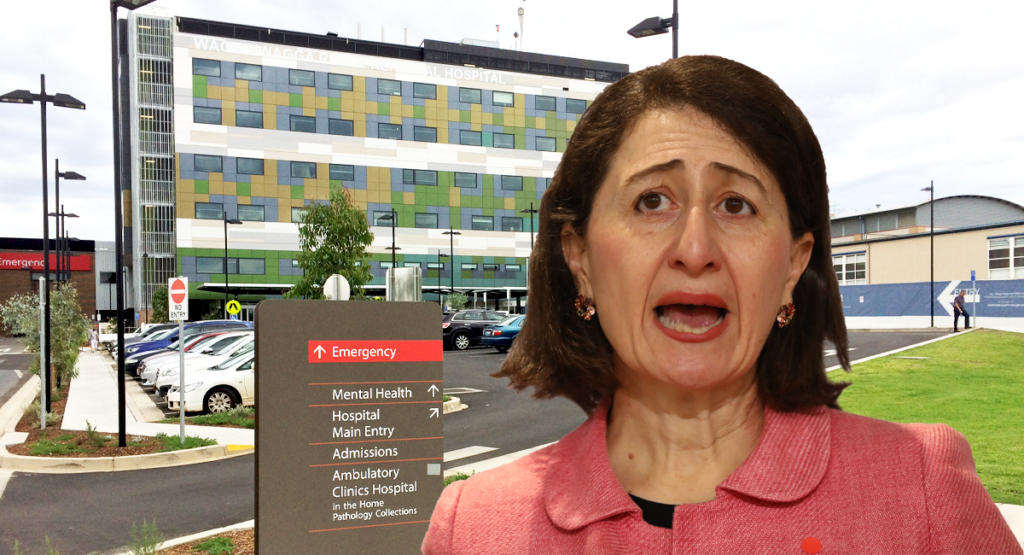 Former Premier Gladys Berejiklian has struggled during her ICAC hearings today after recordings of tapped phone calls between herself and alleged ‘casual lover’ Daryl McGuire which involved the two planning to misuse tax payer money.

The recordings which include conversations where Berejiklian directly planned to funnel money into places McGuire likes in Wagga and her telling him that she secured him funding for a hospital as a gift, have really called into question the integrity of Berejiklian who up until this point, was considered just a ‘lovestruck girl dating a bad boy who didn’t know what she was doing’. I belief that was exclusively by political journalists.

“Like I said before things weren’t that serious between us,” said Gladys, “we were only at the talking about marriage, kids and buying hospitals phase in the relationship. Nothing that serious or unusual.”

“I mean, let’s be real for a moment. Let those among you who haven’t bought their boyfriend a hospital cast the first stone. We’ve all done things when we were in love, with our secret partner who was totally just a casual relationship.”

“But our deals weren’t all about love. We also wanted to buy votes, by my recollection the strongest reason we funded the shooting range was simply because we were loosing ground to the shooting party so we wanted to buy their voters’ votes. Daryl had nothing to do with it, so if that is corruption then lock me up and throw away the key… Hey wait what are you doing? Why did you pull out handcuffs?”