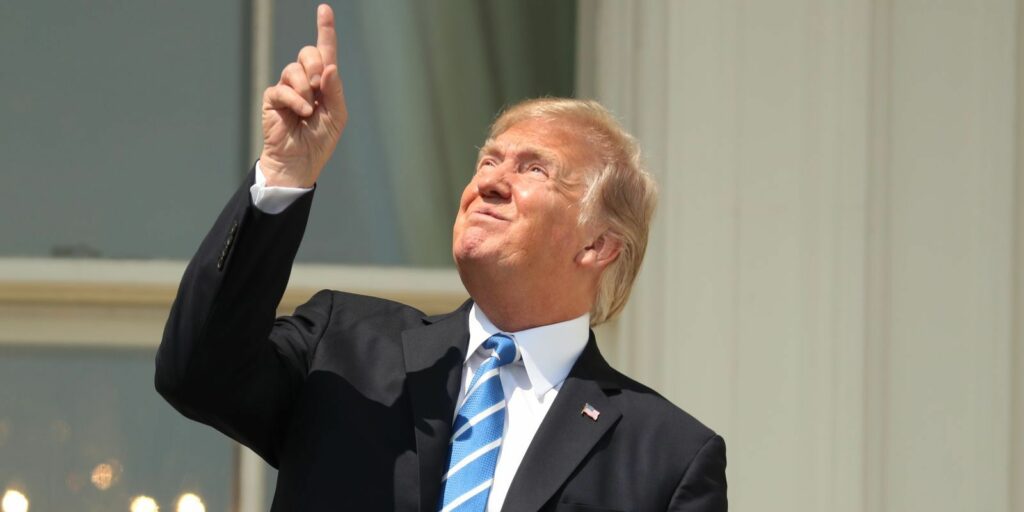 President Donald Trump has today announced in an interview on Fox Sports that he “definitely won” his staring contest with the sun. Trump went on to explain that the matchup was one of “equal stature, with the most powerful yet destructive nuclear driven entity in the universe, capable of sustaining life on an earth of over 7 billion people, taking on the sun in a staring contest”.

Staring contest analyst, Nyles Jockman, described the event as “short but sweet”, though he doesn’t take the view of the president, believing it was the sun that won the contest. “Look I’ve seen my fair share of staring contests in my time, and you need to last a little longer than the Donald did today, heck the Sun’s been around for billions of years, and Don barely lasted three seconds.”

Trump however has denounced these claims, suggesting he won the contest easily. “The sun needed to move the moon in front of it just to avoid my gaze, meanwhile I didn’t even need those special sunglasses.” Many look forward to the inevitable rematch between the two, Trump himself suggested it could be as soon as “the next time I need to tell the time”. However the president has mightier foes to topple, with his pending war against the ocean already in its final stages of planning with the Pentagon.