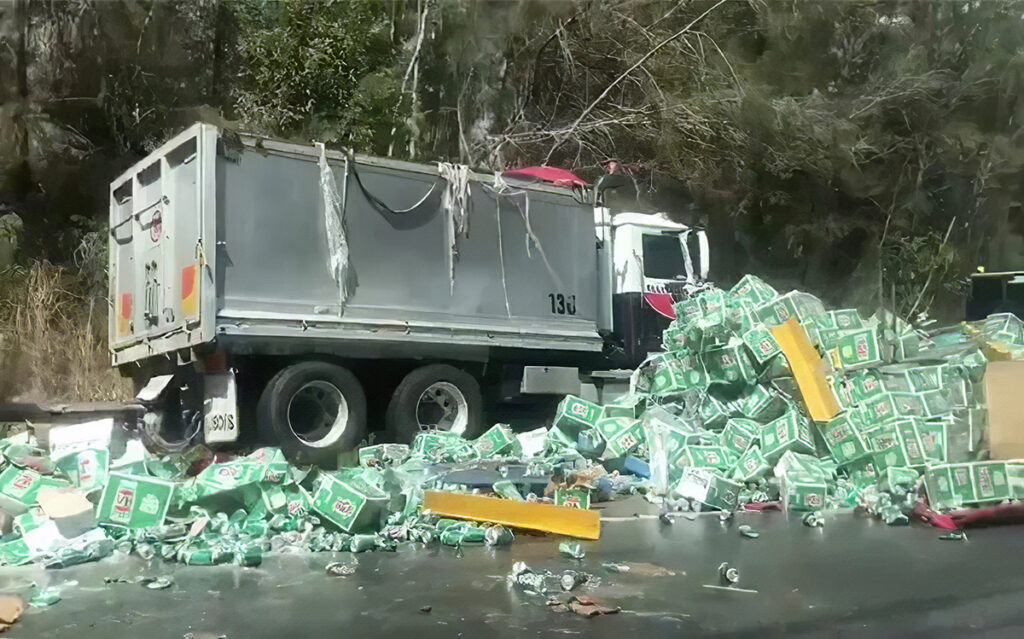 A horrific accident on the Pacific Motorway has escaped serious concern from the public after its notable cargo was left littered on the road. The truck carrying crates of VB found itself on its side after apparently swerving to avoid another motorist changing lanes. Onlookers were described as both shocked and entertained.

“Oh it was terrifying,” said one of the motorists at the scene. “I was so concerned for the driver, but after those beer cases started flying out of the back I had to take a selfie.”

The driver of the truck, who had to be cut out of the vehicle after becoming trapped, said he failed to see the funny side to the hilarious incident.

“I’m trapped in a 30 tonne truck that burst in to flames here! Apparently I’m looking at a broken leg, and a bunch of burns but none of that matters!” said the driver.

“I’ve seen people get more emotional after a scrape in the parking lot!”

Police apprehended the driver of the vehicle at fault after he stopped to laugh at the accident he had caused.