loading...
General News
Santa to skip QLD out of fear of surprise 14 day quarantine
1st of your 1,000,000 free articles this month 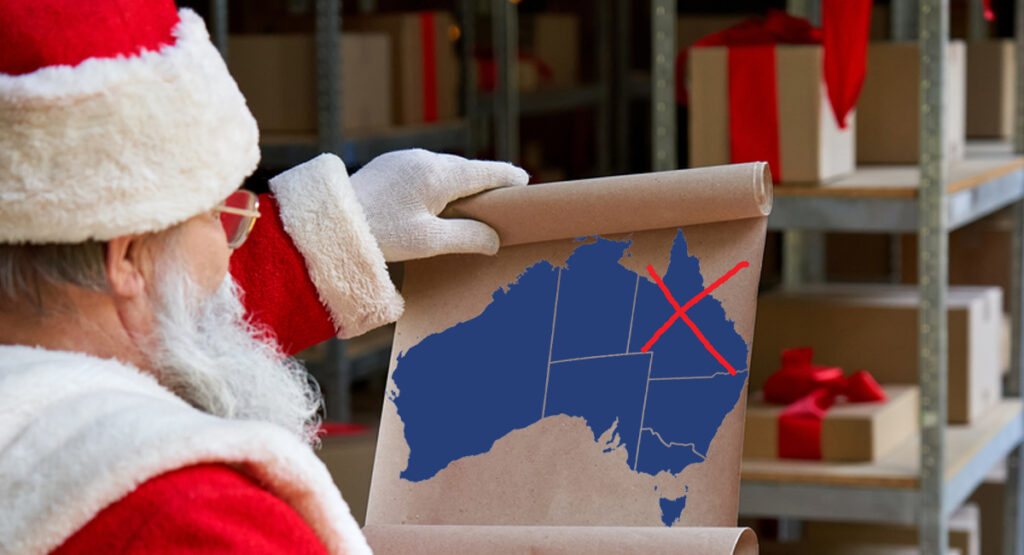 Globe trotting philanthropist Santa Claus has announced he will be skipping Queensland this year during his annual world tour, out of fear that the Queensland government will make him do 14 days quarantine without any warning.

This comes as travellers to Queensland, who were told that they wouldn’t need to quarantine as long as they were double vaxxed and tested negative for covid, were made to quarantine after being causal contacts with a case. According to Mr Claus it is of the upmost importance that it doesn’t happen to him and therefor he will just be skipping the state entirely.

“Ho ho no way I am going there,” said jolly Saint Nick, “Queensland’s rule changes are far too. If polling data says to shut the border or force quarantine again, I am screwed. Sorry kids.”

“I know I would probably be fine as Santa is very rich and can probably get around the rules, but Santa is is in the business of spreading joy! My work doesn’t involved hurting people, the planet or democracy; so Santa probably wouldn’t get a pass.”

“Anyway the Queensland government seem to be more than capable of approving their own way to get coal, they seem to do it all the time. So, I don’t need to drop some off to their stockings this year.”