WRITTEN BY
Shane Addison
For The Chaser 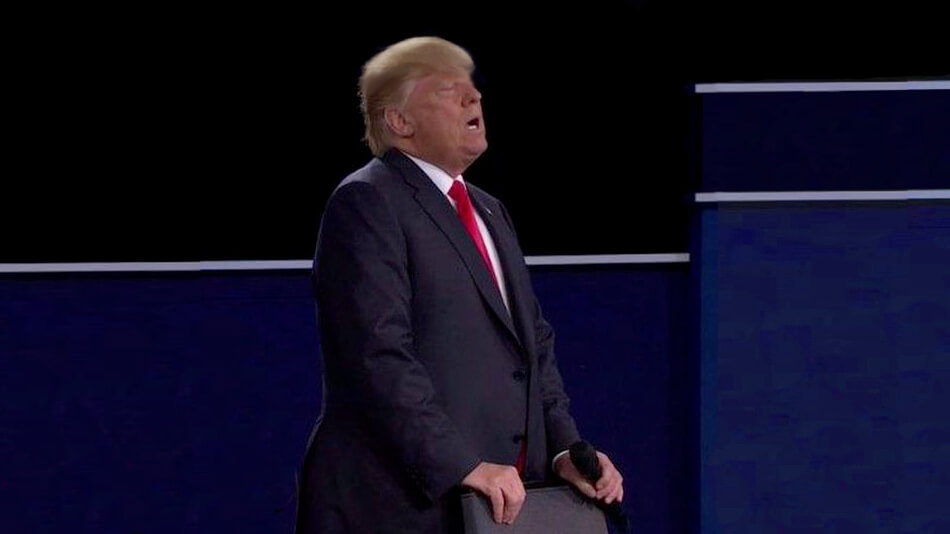 The American public is now coming to terms with the horrifying reality of the inevitable Trump Presidential sex scandal it will have to deal with at some point in the next four years.

“At least with Bill you knew what you were getting,” one voter was heard saying. “But with Trump. Urgh! I mean, the flabby body, the spray-on hair and even the bizarre carrot impersonation aside, does Trump even have the temperament to properly suppress a Presidential sex scandal?”

President Trump responded to the allegations of how his sex scandal will eventually play out via his twitter account. He’s assured the public “When it happens it will be huuuuuuuuuge. Big League. Believe me. Only 10s. I’ll have the best 10s” before making an emergency presidential announcement three minutes later to categorically deny ever making the tweet.

Though CNN and Fox News have already expressed interested in releasing the story when it happens, Russia Today or Julian Assange’s Wikileaks are expected to be Trump’s first pick for distribution, though Trump has assured the public that it “could be leaked by anyone, maybe even the Chinese.”