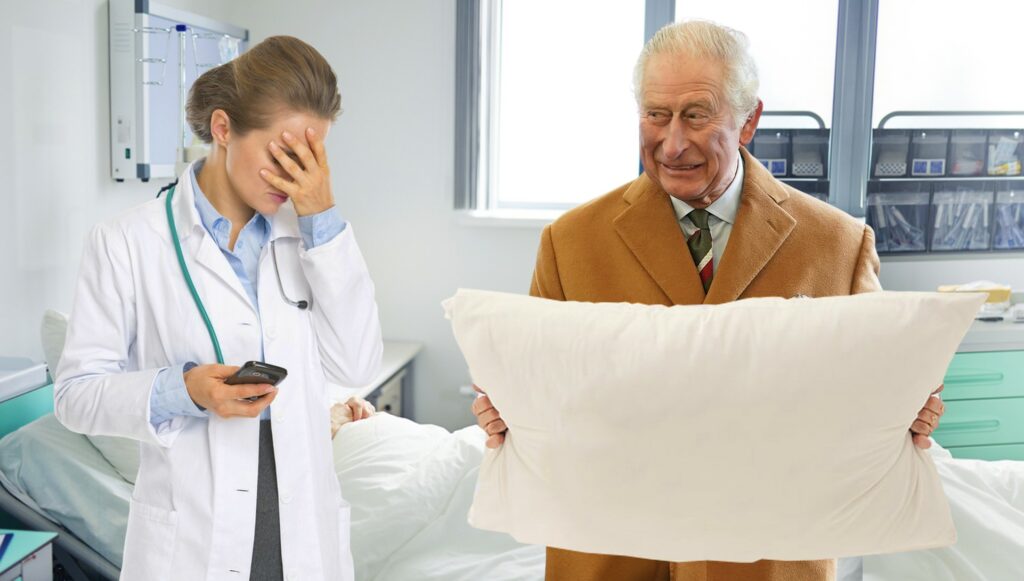 As the Queen continues to struggle with Covid, her son Prince Charles has selflessly stepped up and suggested the idea of euthanising Her Majesty to put her out of her misery.

“It is the humane thing to do,” said Charles holding a shovel, “clearly mother is struggling and we need to be ready to make the difficult choice. She has had a good run and she is part of the family, but it’s time to let her go.”

“I know she claims that she is fine, but clearly she’s on the way out,” explained Charles while The Queen did her daily Aerobics class. “She is unwell and unable to think clearly. Why else would she give Andrew twelve million pounds?”

In response to the brave decision by Prince Charles, Former Australian Prime Minister Malcolm Turnbull has called for the Prince to receive a knighthood.