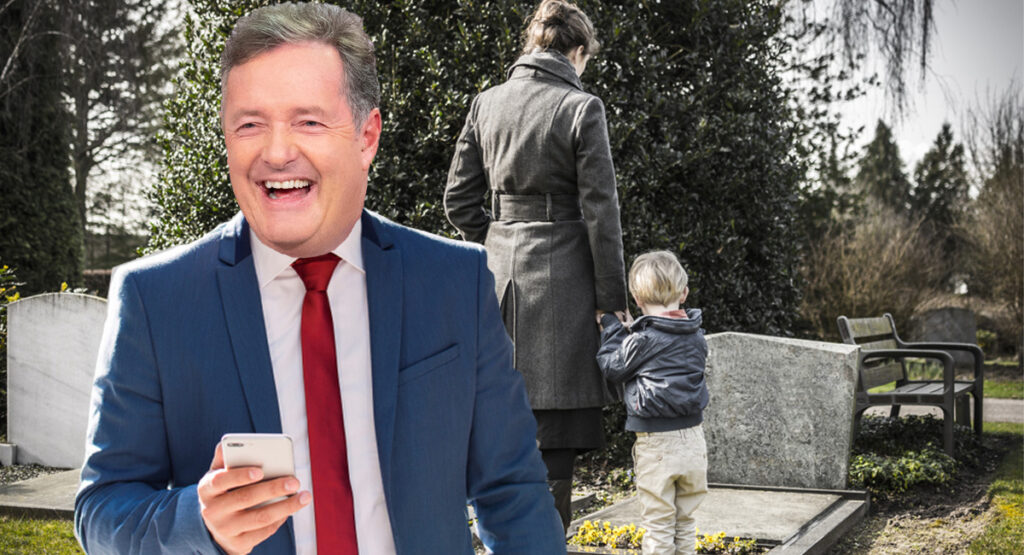 Professional tantrum thrower, Piers Morgan has today celebrated his return to News Corp with the launch of the company’s new TV station in Britain. The move is a homecoming for Morgan who has celebrated with a traditional round of hacking a dead child’s phone.

During his daily Twitter rant, Morgan announced he is thrilled to be back with the organisation after so long apart and that he is sick of ‘being silenced’ on his previous TV shows, radio shows and Twitter rants.

“Finally I get to go back to what I do best, it’s weird. At most places I have worked, the PC brigade refused to let me hack a dead kids phone. They wouldn’t even let me publish the voicemails left by the parents while he was considered missing. Now I can get back to real journalism.”

“Who knows maybe if things get really wild we might hack some grieving war widows as well? I haven’t done that in years. Oh actually, you know what we could do? These guys hate Meaghan Markle as much as I do, let’s hack her! Teach her for rejecting me at a bar, and no I am not still bitter about it!”