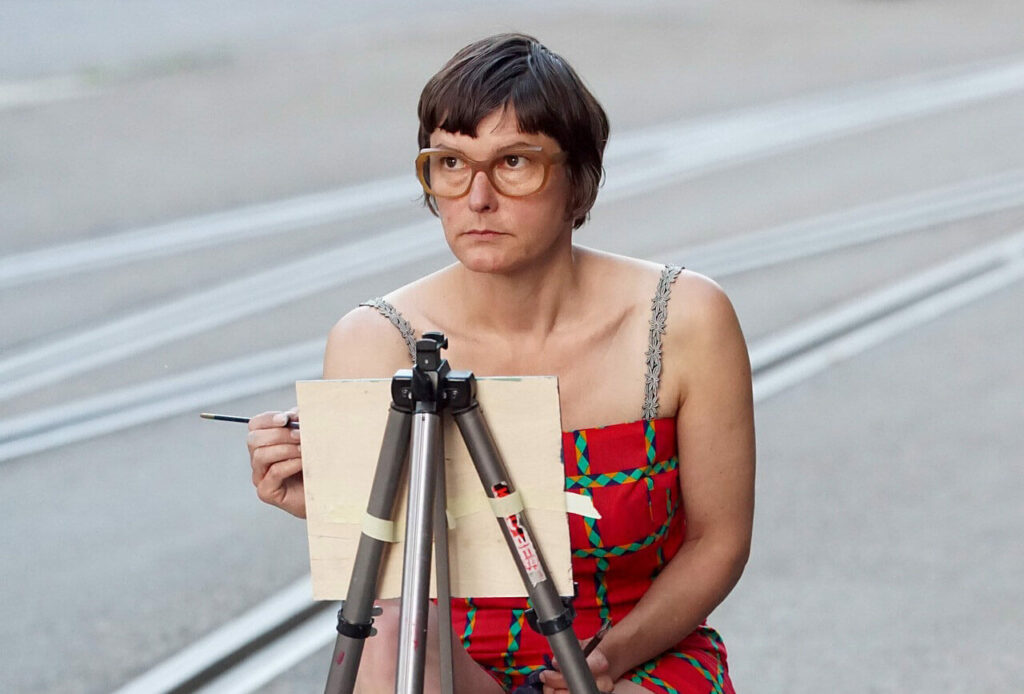 Self-described “social commentator with a camera and a palette” Xavier Bullock was furious beyond measure at a glowing review of his recent exhibition, Sunrise Splatters, which featured in The Age. Despite being generally old-fashioned and preferring classical painting, critic Bill Rutherfoord found the work “a real eye-opener”.

Bullock’s art, which consists of digitally altered photographs of vomit found on footpaths on Sunday mornings, struck an aesthetic chord in the usually conservative Rutherfoord, who called the exhibition, “The most important reflection of the West’s banality since Warhol’s soup cans.”

Compounding the artist’s despair is the fact Rutherfoord had not misinterpreted the work at all. “When I heard a big Establishment critic was at my exhibition, I was hoping for a reactionary opinion piece about governmentt grants, how I should get a real job or the tragic decline of our culture. But not only was he positive about Splatters, he was spot-on in his interpretation of my beliefs about what massive amounts of vomit on footpaths says about us as a society.”

Rutherfoord even went so far as to buy one of the pieces, Indoctrination Of Intoxication, speeding up the artist’s slide into the mediocre mainstream. “It’s terrible,” said Bullock. “No-one’s going to call me edgy or dangerous with my work hanging in some suburban loungeroom. I couldn’t feel worse if Alan Jones had bought one.”

Among his fellow outsider artists, Bullock’s standing has already begun to deteriorate. “Xavier sold out his integrity, obviously,” said mutilated-corpse portrait painter Wendy Wendy. “I heard he was going to be painting landscapes and sunsets from now on – and not with his own bodily fluids, either.”

“I suppose I’ll just have to be even more anarchic and confronting from now on,” said Bullock, before announcing his next exhibition will be called Intestinal Images Of Jesus Christ Fucking Bill Rutherfoord With A Urine-Soaked Crucifix.

“I’m really looking forward to seeing what Xavier does with these subverted images of popular religion,” said Rutherfoord. “His metaplay on the sometimes contentious artist-critic relationship is intriguing – and hugely flattering, obviously.”