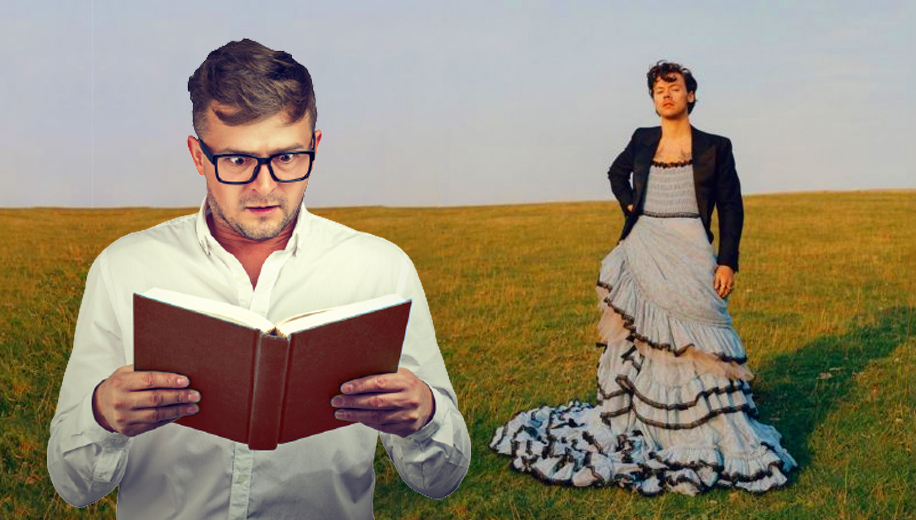 Historians have been left stumped and embarrassed after realising they somehow missed the section of the Communist Manifesto where Karl Marx discusses plans for Harry Styles to wear a dress. Historians around the globe have announced today their shock that they not only missed this detail of the 40 page document, but every other thing that right-wing pundits have declared ‘Marxism’ recently are in fact in the famed document.

“It’s astonishing, I don’t understand how he knew all this?” said one historian stunned that a document from 1848 managed to so specifically predict the future. “This begs so many questions. How is there a whole section that we missed? How did he know that Style’s life would mean he wouldn’t do it until now? What use does a singer wearing a dress even serve Communism? Did Marx ship Larry? There is so much to unpack here!”

“I know you always hear the Ben Shapiros and Andrew Bolts of the world calling basically everything ‘Marxism’, claiming they have spent months and years researching the Communist Manifesto. But I have always shrugged them off because well, Bolt’s so regularly wrong you can almost set your watch by it.”

“There has been a lot of debate about which system is best, but if this guy was able to accurately predict and plan the events of the world to this level of certainty, it’s clear he knows what he is talking about. These guys claim Marxism is a religious cult, does anyone know if that is true? Because I want to join. This guy is clearly a god with this kind of foresight.”