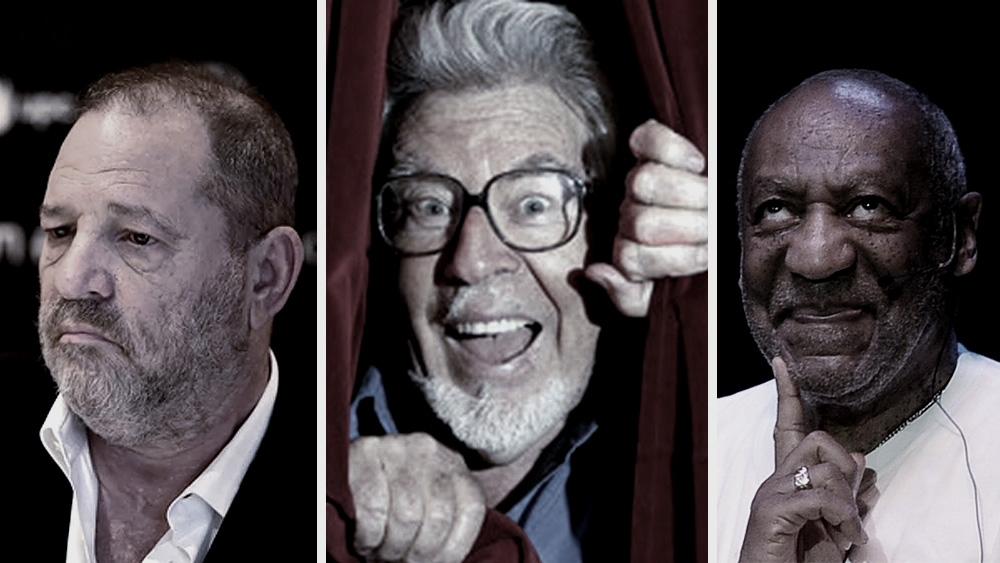 20th century Fox have today revealed that they will be rebooting the Predator franchise, with a gritty, live action remake of the 1980’s sci-fi hit starring real life predators Harvey Weinstein, Rolf Harris and Bill Cosby. Fox has revealed that the movie will be directed by acclaimed director Christopher Nolan, who’s penchant for gritty realism was said to be the inspiration behind the casting, after preferred candidate Roman Polanski pulled out due to a scheduling conflict with a prior commitment to  evade trial for statutory rape.

People with connections to the project have confirmed that Nolan personally handpicked the three celebrities as stars, to bring a “Realistic feel for what real life predators would do if released into an environment full of vulnerable unsuspecting victims.”

“I’m very into the method acting technique when it comes to my movies,” said Nolan, “And these three have been secretly preparing for this role as predators for years now, and their ability to hide in plain sight so effectively really sealed the deal.”

Although initially brought in to help cast the movie, Weinstein decided to take on the onscreen role after all the female stars he had vetted mysteriously pulled out of the film. “We went through hours on the couch with those women, probing them, intimately getting to know how they performed, but after all that effort not a single one picked up the phone when I called them the next day. When that failed I tried to ring my old friends Gwynyth Paltrow and Angelina Jolie to see if they could give me a hand like they used to, but their phones must’ve been disconnected or something because I just kept getting a ‘this number has been blocked’ message, very strange. All in all it’s a shame we never found the right woman for the role really, I was looking forward to grooming some new talent.”

However some critics have suggested that the film will give a revival to the careers of three men who are embroiled in controversy, suggesting that they should be banned rather than promoted by Hollywood. However senior producers of the movie have suggested that it was all part of the plan, stating “What we’ve done for years is cover up the controversies that these stars commit, but people don’t seem to like that, so were going completely the other way and now we’re promoting them for their unique talents instead, we’ve listened to what people are saying and we’re pretty sure we’ve got it right this time.”

The film is expected to be released late December this year, and will show at a limited number of cinemas across all countries without an extradition treaty to the US.