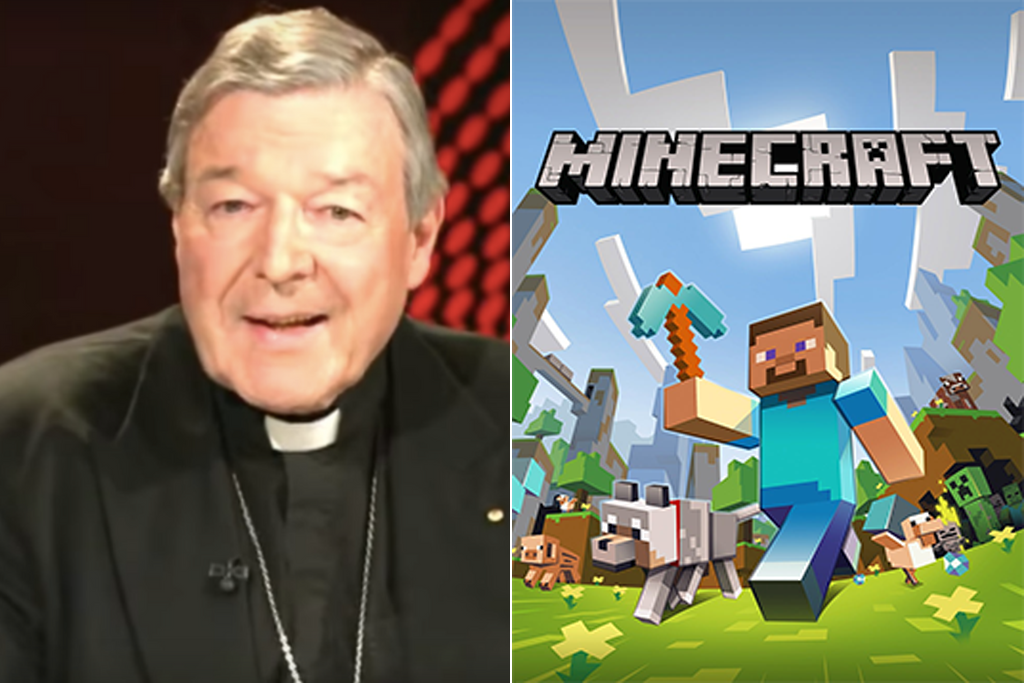 Following a string of scandals involving the sexual exploitation of minors by streamers on Twitch, Cardinal George Pell has announced today that he will start a new career as a Minecraft streamer on Twitch.tv.

The Cardinal justified the career change, pointing out that the Catholic Church was down to its last $30 billion in Australia and he’d heard that Twitch was a good way to earn extra cash as well as “make new friends”.

“I am so excited to be in a position where I can get in touch with youths again,” he said. He also expressed relief that the WeirdChamp ban wasn’t about him. “I don’t actually know what a Minecraft is but I am excited to join a like-minded community. At this point many people trust Minecraft streamers about as much as they trust priests, so I thought I should get involved too.”

“I will admit I have heard some things I wish I hadn’t heard about Minecraft streamers using their power over their young audience for own their sexual gratification. Safe to say I was disgusted to be hearing such things. Power imbalances can be used for so much more than just getting pictures,” said the Cardinal. “As I always say to my followers, ‘chat snitching isn’t poggers, especially to the police’.”

The Cardinal said he was considering branching out to try some chatting streams too where he could share his beliefs on things like God, the gays, HIV, the climate change hoax and how the Germans suffered more during the Holocaust than the European Jewish people. “I might even try doing some singing streams where I will do covers of Hymns as well as some songs I really relate too from artists like Michael Jackson, Gary Glitter, Rolf Harris and Tekashi 6ix9ine. They are my favourites.”

Pell said he had already signed with a management group. “When I read the story that Australian group Misfits Management had been made aware that one of their streamers had been soliciting nude pictures from minors, then chose to continue to work with them and tried to get the creators who wanted to leave because of it to stick around for some more videos, I knew they sounded perfect for me. I mean that’s how I would run a management company.”

Cardinal Pell said the best way to deal with streamers who sexually exploit minors was simply to move them to a different group channel.