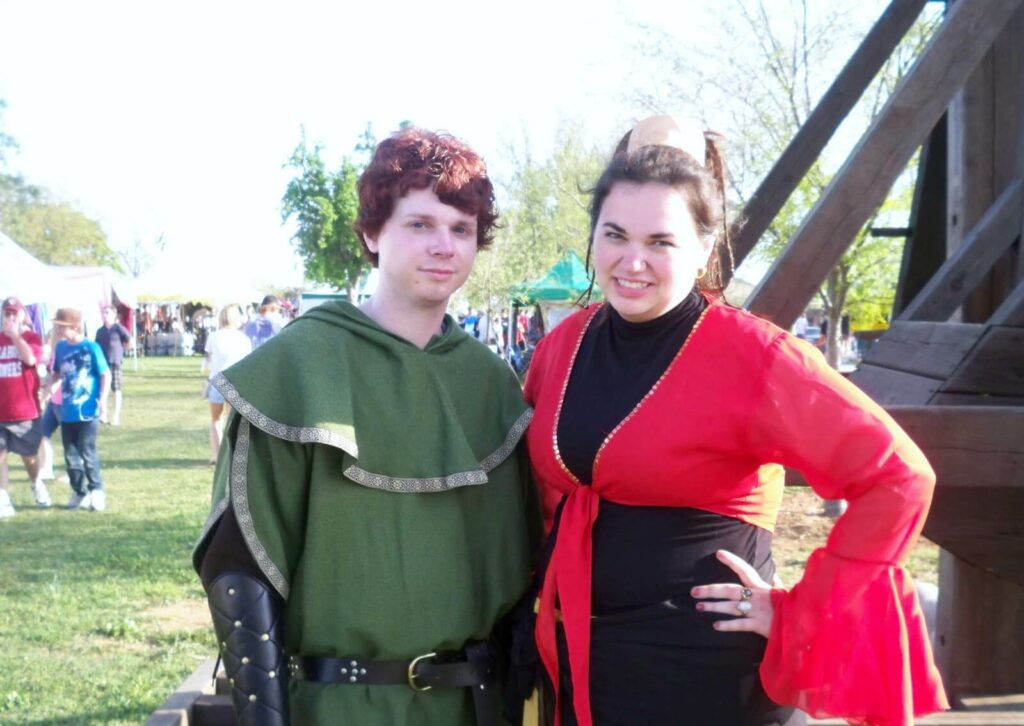 Despite his intense affection for the period, history buff and member of the Society For Creative Anachronism, Brendan “Sir Lysander” Hanrahan, would likely be dead within moments of arriving in Merrie Englannd, say experts.

“To be perfectly honest, Brendan could never be a knight,” explains History professor Malcolm Faulconbridge. “His common blood aside, I doubt he’d survive his first cup of water from that period, let alone an actual joust. A weak yet overweight child like him would have been very lucky to reach adulthood.” Faulconbridge also points out that becoming a knight involved laying on stone floor for a night, an experience likely to promote an acute asthma attack in Hanrahan.

Should his oft-repeated dream of time travel to that period ever come true, Hanharan’s physically unimposing presence would make the self-described “heraldry nut” a sure target for thieves and brigands. The electrical engineering student and part-time lute player could also die in a tourney, as he erroneously believes himself to be “an experienced hand-to-hand fighter”.

“I’ve mastered the broadsword, the halberd, and the mace,” says Hanrahan, by which he means different shaped sticks covered in tape.

“Lysander’s completely blind without his glasses,” said fellow SCA member Julia ‘Sortiarius Sifaka’ Tannen, whom Hanrahan often tries to woo with atonal balladry. “As soon as he lost them, he’d be cactus. I, on the other hand, have perfect 20/20 vision. I’d probably end up a duchess or something.”

Experts agree that if Hanrahan did survive his first evening in the Middle Ages, he would most likely find employment as a stablehand, a position with meagre rations, where poor performance would result in beatings. “Brendan believes that he would be better of hundreds of years ago, where his knowledge of falconry and Morris dancing would carry greater social status,” said Faulconbridge. “In fact, he would even more despised than he is in the 21st century. Although it’s a little less likely people would keep calling him a fag.”