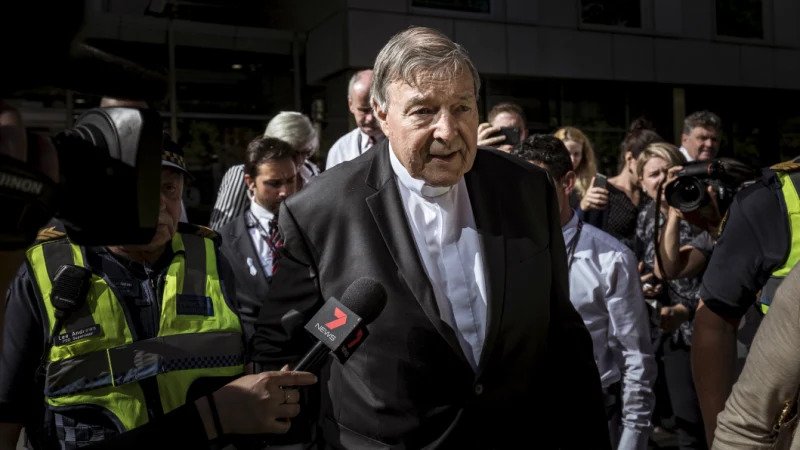 Former Vatican Treasurer and somehow still Cardinal George Pell has made his first public statement today since being convicted of child sex offences dating back to the 90s. Speaking to the press before being moved to prison to await his appeal, the senior Vatican priest wasted no time in pointing the finger at those he believed were responsible for him being found guilty by an independent jury.

“This week, we have seen a truly despicable attack on not only the church, but basic human morality,” stated the convicted child sex offender. “I think if my conviction today has proven anything, it’s that we need to protect children from evil perverts, like those people who would like to provide them with sex education and condoms in schools.”

“What’s more” Pell continued, “things such as this ‘Safe Schools’ program have created this notion that children should be protected from so called ‘harassment’ instead of dealing with it internally. These are dangerous ideas that do not align with the Catholic Church’s teachings, and I have no doubt that this was a direct attempt to bring me down by giving so called ‘victims’ a voice.”

“This whole program was born from the unconscionable ‘yes’ vote,” continued Pell. “We have a group of self-important youth trying to get their thrills at any cost, without stopping for a second to think of those who suffer as a result of their actions, like the baby Jesus. I simply cannot stand for such reckless self-interest in the face of the suffering of a defenceless child.”

Cardinal Pell then went on to rail against other factors he felt negatively affected society, including people who believe in climate change, divorce, and stem cells, before being taken away to jail for having raped a child.