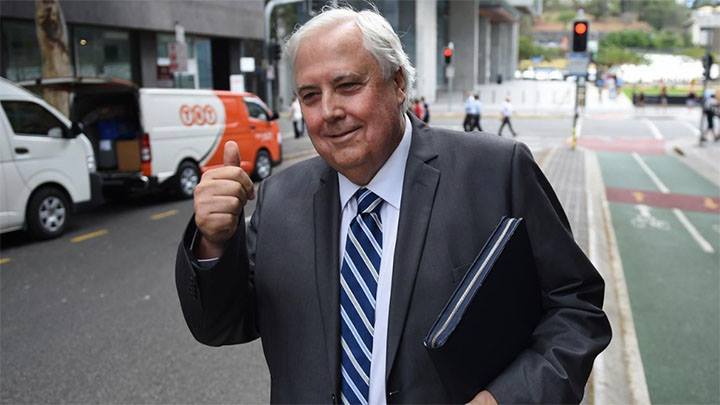 In one of the most inspiring physical transformations in Australian history, former politician Clive Palmer has finally overcome any resemblance to an earnest person and has achieved his dream of becoming a human meme.

Since retiring from politics, Palmer set out with a single goal. That goal was becoming a meme, and he has worked tirelessly on numerous social networking platforms to make that dream a reality.

One of Clive’s ‘meme’ tweets.

According to sources close the Palmer, the former politician knew he wouldn’t maintain the media attention he deserved in his current state.

He decided to change his entire lifestyle – hiring a social media strategist, practice tweeting, reading knowyourmemes.com – until he was final able to cultivate the perfect online persona.

Cory, Cory are you there? pic.twitter.com/9MIQ7ZX8Wg

“I always knew I wanted to be a meme ever since I saw the doge meme on a sticker one time.” Palmer told The Chaser.

“In 2016 I started tweeting whimsical phrases and many people were very confused. Now the millennials love my posts. They tell me it is ‘good content’. I like this feeling.”

Now Palmer continues his meme creation for his grandchildren. “I hope to make they follow in my footsteps one day and craft the most absurd tweet ever. That will be a great day.”

In a more ominous confession, however, Palmer hinted to The Chaser a more worrying plan: “I really just  hope to distract these millennial with upbeat zingers so they hardly noticed my company is fucking up their planet. Haha those kids love my humour. The left wing ones even retweet me. Classic.”