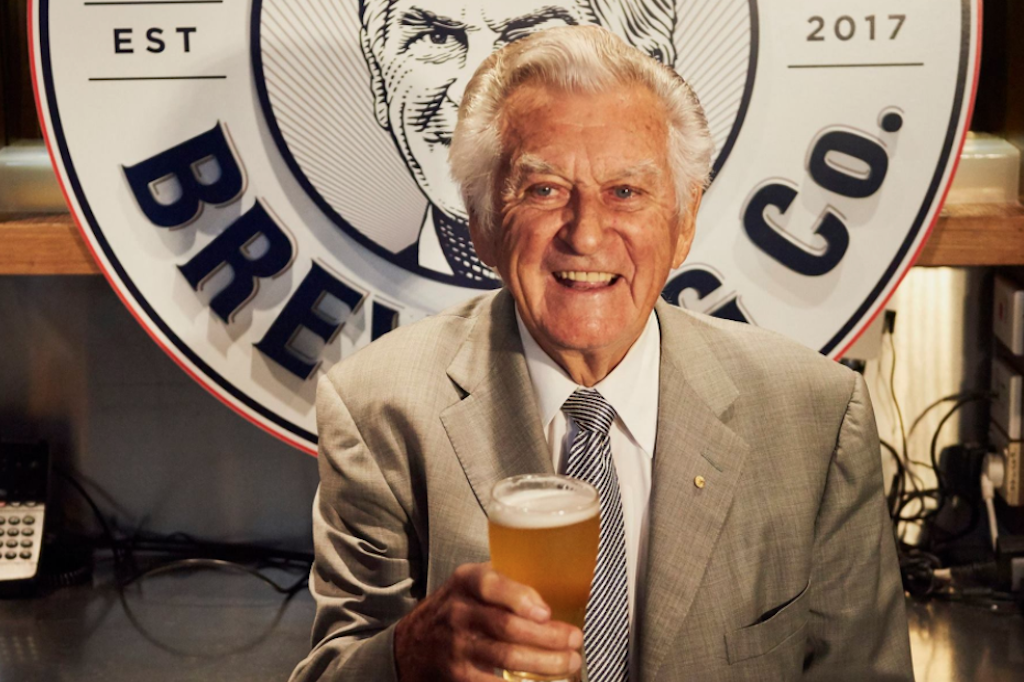 Former Labor prime minister, and beer sculling legend Bob Hawke has had a fiery response to the news that Tony Abbott frequently missed parliamentary votes because of excessive drinking, describing Abbott as “weak as piss”. Hawke explained his comments stating “I came into parliament to lay down the decisive floating of the dollar legislation more hungover than Boony after a plane trip, but that muppet couldn’t even come in just to stick his hand up and vote. They don’t make PMs like they used to.”

Hawke claims he was “dismayed” to learn that Abbott missed the vote on the stimulus package introduced by the Labor government in 2009 after the global financial crisis because he had drunk a few too many bottles of wine. “Before I’d go into parliament on a normal day I’d have two jugs of beer, two Bloody Marie, three shots of tequila, and a six pack for the road, but Abbott couldn’t even hold it together after drinking wine? No wonder they ended up sacking him as the Prime Minister.”

Hawke, who had been interviewed about his stance on same-sex marriage, due to the upcoming postal plebiscite, said he believes Abbott is such a staunch conservative, and advocate against gay marriage because he doesn’t drink enough. “The guy needs to have a pint of Resch’s and chill out, let the gays get married, just means theres more weddings I can get pissed at.” Hawke though was adamant on this point, extending an invitation to Abbott to come out drinking with him to “show him how real men do it.”

“I’ll get him so drunk that he actually might try and shirtfront Putin.”