General News
Berry farmer offering fuck all for job in middle of nowhere can’t find employees for some reason
1st of your 1,000,000 free articles this month 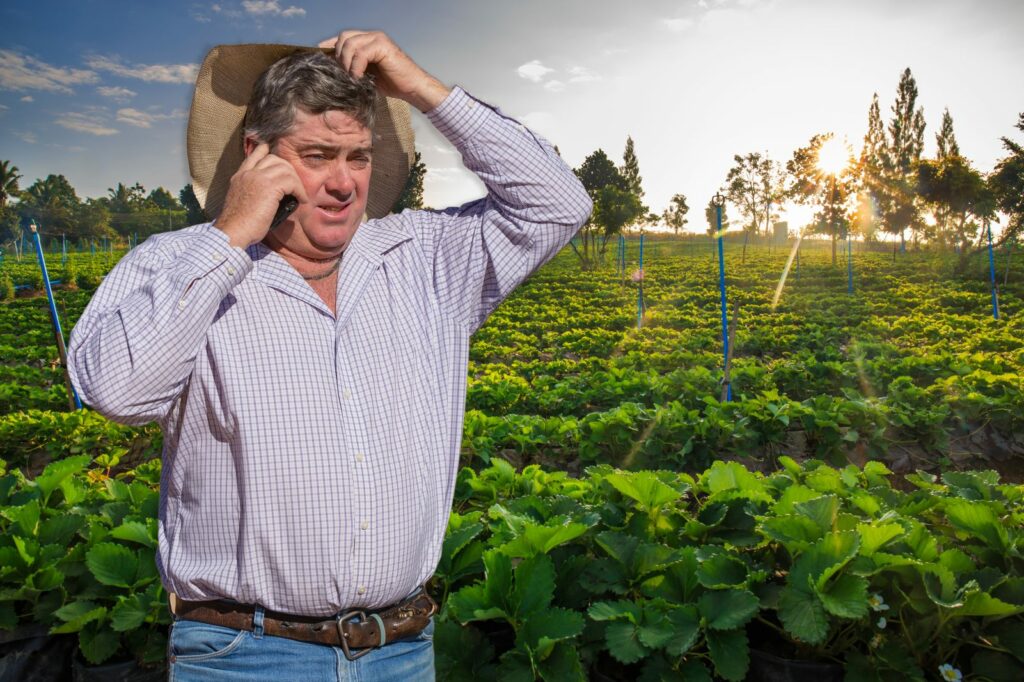 In another shocking example of how socialism is a disease, a not-local berry farmer has revealed he hasn’t had many applications to pick fruit on his farm located only a couple hours away from the nearest small town or any other civilisation.

It is yet another example that lazy unemployed people are too picky to pick berries for 10 hours a day, every day, and get paid fuck all at a job that would require them to move quite far away. What possible reason could a parent who lost their job recently not want to take up this opportunity?

We spoke to Richard, the owner of a normally successful strawberry farm that has been running without any issues by paying backpackers little to nothing for their work then taking basically all that money away in food and board, about how socialism and the unemployed are problems destroying his honest family run business.

“Why aren’t we talking more about these issues?” asked the farmer who has also been interviewed by every tabloid, current affairs program and ABC News. “We are offering a good job to people who allegedly want one. None of the people even remotely close to us want to work for us, for reasons that definitely have nothing to do with how we run our business, and that is why we need people to hear us out. These unemployed idiots aren’t even applying for these positions. I am not saying we should look down on the unemployed, but if they had pride and work ethic wouldn’t they want to come work for me for a month and leave having earned enough to buy a happy meal?”

“I have seen people make allegations that we have been lying and ignoring the real issue, but have you not seen the media coverage around this, clearly the issue is the unemployed people being given enough money to not starve to death. Also, when the Agriculture Minister said someone earned $3800 a week picking fruit, he wasn’t lying. Yeah, I know it would take over 200kgs of fruit an hour all week, but it is possible if you aren’t lazy. The guy that did that had an actual work ethic and will go far in life, I wonder what Clark Kent has been up to these days. I bet millennials would do it if it was picking avocados, or we could get young people if it was picking tic-toks off of a tree.”

In response there have been proposals to fix the issues that the farmers face that aren’t the ridiculous notion of paying more and having better working and living conditions. The best actual solution has come from the Refugee Council which is made up of MPs from both sides of the aisle. They have purposed to force all refugees applying for asylum to take these jobs for a year or two, and maybe approving their applications after. What a revolutionary, modern and humane solution to the problem. There should really be a word for forcing people to do jobs we don’t want to do, like picking fruit, for little to no money, in horrible conditions, in hopes that one day they could eventually have freedom. There are literally no historical precedents for that being a bad idea.