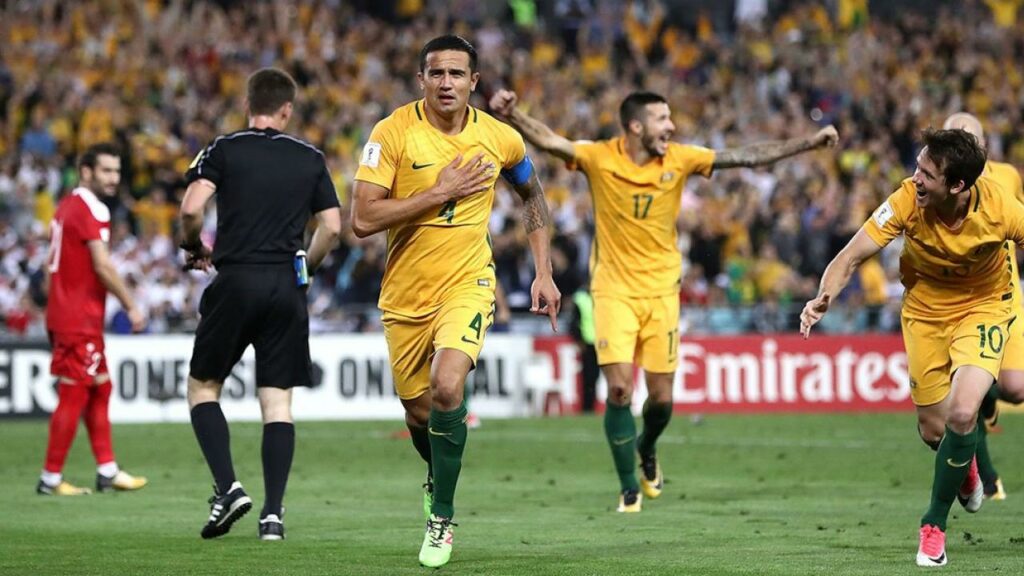 Australians today have rejoiced in excitement after defeating Syria 2-1 in the dying minutes of a World Cup qualifier, decisively destroying the singly remaining shred of hope of the small, poor and perpetually war torn country. Striker Tim Cahill, who scored the winning header for the Socceroos described the feeling of defeating the nation who currently can’t play home games due to a deadly civil war as “a great accomplishment that all Australians can feel proud of”.

“It’s a massive relief,” he continued. “I thought for a second there that we might lose to a country that has never qualified for the FIFA World Cup, it would’ve made soccer in Australia look like it’s really struggling, now we have the opportunity to lose every game to whatever teams we are grouped against in the World Cup, it’ll be a really positive moment for Australian Football.”

The Syrian locker room however was described as “distraught” by journalists, after coming so close to a maiden World Cup qualification, and now realising that they will have to go back to their day jobs as a bomb disposal unit. “Event though we lost, I’m proud of how we performed today,” said one player after the match, “what with not being able to play home games in Syria, nearly not being able to even qualify for the World Cup, having to train with gas masks in place of oxygen restricting masks, and all our funding being cut by President Assad to go to his chemical weapons facility, I think simply not being assassinated on field by anti-anti-pro-Assad insurgents was a real accomplishment for everybody here today.”

However Australian soccer fans have seemed not to care about which teams Australia narrowly beats to gain qualification for the World Cup, with many flooding the streets of Sydney, cheering loudly to make sure every Syrian fan knew which country won. One Socceroos supporter, Sebastian Gulcynski talked about how proud he was of his nation’s football heroes, “I don’t care what it takes, as long as we make the World Cup that’s all that matters. The Syrian team didn’t deserve this like we did, they probably didn’t even care back in the home country, too busy wondering when the next “bomb” might hit them, HA, LOOOOOSEEEERRRRSSS.”

“Syrians should stick to producing refugees for our concentration camps, and we can stick to stoking the fires of a sport that we pretend to give a shit about every 4 years. They think they’re got it bad, try growing up in a country that has no respect for the sport you love, now THAT’S a real war crime.”