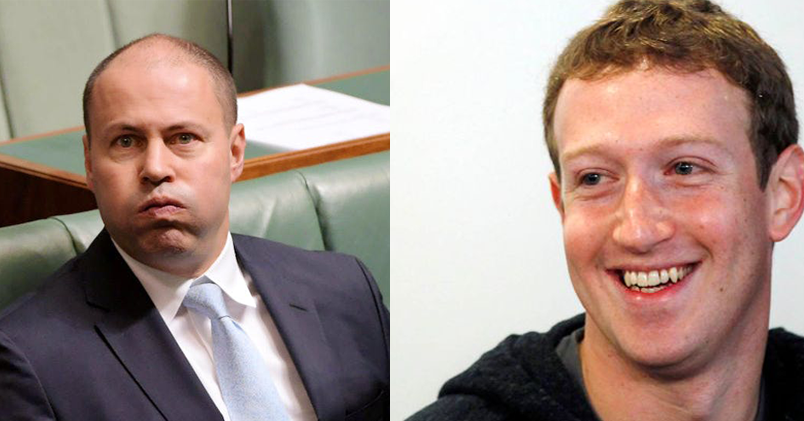 In a tragic blow to the Australian media, the government has today announced it is putting its best brains into rescuing the news, recruiting Josh Frydenberg to talk to Facebook about getting their ‘series of tubes’ back online. “This morning, I had a constructive discussion with Mark Zuckerberg from #Facebook.” Mr Frydenberg tweeted today, which for many in Australian media led to the realisation their chances of getting back on Facebook anytime soon was fucked.

“Why did it have to be him? We might as well have put the census people in charge of negotiations,” said the editor of an independent paper that might lose everything to this feud. “I assume that if anything meeting with Frydenberg would make Facebook want to speed up the process to exit this country completely.”

“Couldn’t we have sent a professional? I know it would be hard to find one in this government but still, maybe not the guy who lost sixty billion dollars? He probably thinks Facebook is literally stealing newspapers and scanning them onto their website.”