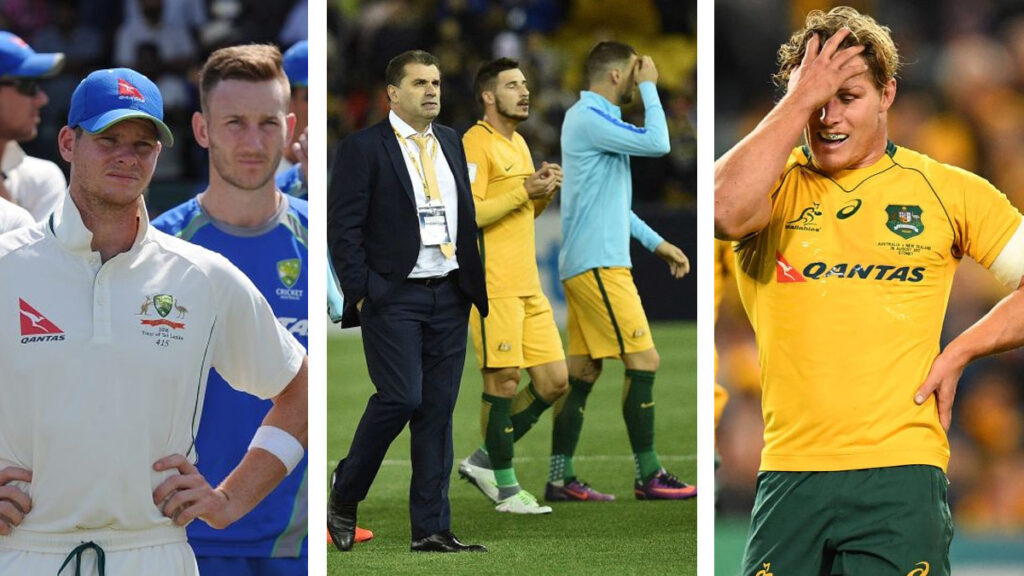 After a month of poor performances by the Australian cricket, rugby union and soccer teams, many sports pundits in Australia are wondering if AFL is the country’s last hope for International sports dominance. Sports journalist Peter Fitzsimons outlined the issue with Australian sport to the Chaser saying, “no one cares about rugby unless they beat New Zealand, and lets face it, we still consider Quade Cooper in the squad every year so that is a distant fantasy, the Cricketers just got a pay increase to lose to Sri Lankas little cousin, and the Soccer boys couldn’t even put a goal against the Japanese, have you seen how short the Japanese players are, just lob one over the goalie’s head for christ sake.”

Fitzsimons outlined the potential for AFL to be Australia’s leader in international sport, “AFL only has to compete with Ireland every year, and they don’t even play the same sport as us, there are no other countries that are even close to competing with us in this sport, stuff Rugby sevens and surfing, why have we not started the campaign for AFL to be in the olympics, we would dominate the headlines.”

However other sports may be vying with AFL to capture the Australian publics attention with International sport with Australia’s hockey and lawn bowls teams begging for more attention from the Australian media. One sport however that was keen to keep its place in international mediocrity was Rugby League, with NRL boss Todd Greenberg reacting to Ftizsimons comments saying “The NRL is fine to stay within the confines of a useless World Cup every now and then, and a couple international games between the real contenders more regularly, we just don’t want the rest of the world to find out the history of our league, they’ll think all our sport is about is doing drugs, pissing in your own mouth and dry humping dogs on camera, when really it is about more than just that.”