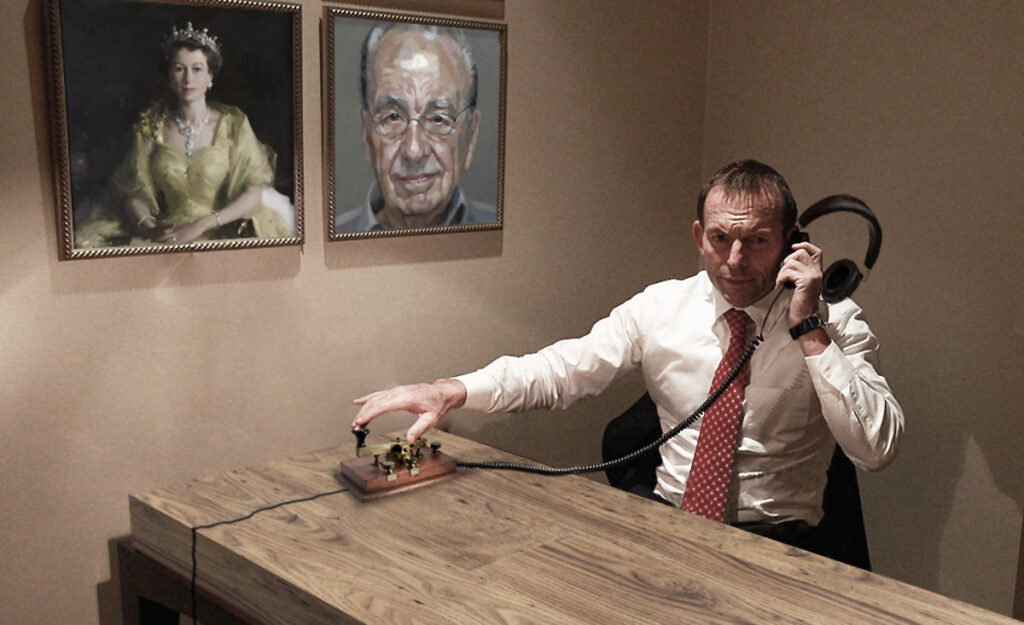 Tony Abbott has today laid out his alternative energy plan for the nation, following criticism of the Turnbull government’s decision to increase funding of renewable sources. Seeking to lead a “backbench revolt” against what Abbott fears will be a electoral wipeout, the former Prime Minister issued a call to arms for fellow Liberals to back coal power, through the use of a rousing 12 point telegram.

“We need to shift away from, in my opinion, unreliable renewable energy STOP” said Abbott, “And throw every into backing a energy source that not even million dollar energy companies want to continue investing in STOP I think if you look at any thriving modern country you’ll see they’re all becoming more reliant on coal STOP There’s also the upside that we know continuing coal usage will raise temperatures enough so we can have a year long summer that will never stop STOP”

However the plan has raised questions amongst Abbott’s colleagues, with many questioning the reasoning behind the former Prime Minister’s coal obsession. “I know some of you think I’m on the payroll of the coal industry,” shot back Abbott via carrier pigeon, “but this is just something I deeply believe in. In fact it’s something I believe in so strongly, that I’m willing to go against my normal belief in smaller government and instead suggest that the government should be buying and running coal power plants if corporations won’t keep operating them. And I don’t think there’s anything suspicious about that at all.”

Abbott has also taken the opportunity to release his white-paper on modernising transportation in Australia, detailing a complete return to steam powered locomotives, as a cheaper, more proven alternative to “unreliable” bullet trains. “Bullet trains are confronting and their name conjures up ideas of violence,” wrote Abbott, “while steam trains remind me more of a nice sauna in my summer home, where I go to get away from the hectic life of being a failing back bench former Prime Minister and imagine a better world full of coal smog and rising seas, where gays are banned, priests go unquestioned, and my children still acknowledge me at the dinner table.”

Reporters confronted Mr Abbott outside his offices in Manly, on Sydney’s Northern Beaches, to try and gain a better understanding on policies.

Asked if Abbott just supports these measures purely because they are old, rather than if they are better Abbott explained, “I think the older something gets, the better it becomes. Like a nicely aged red wine, for example. And now you mention red wine is anyone else thirsty? Oh look, what’s this in my pocket? A bottle of red wine! Boy, isn’t that lucky. Any of you fellas keen on smashing a coupla glasses with me?”

Mr Abbott was then informed it was 10am on a Wednesday.