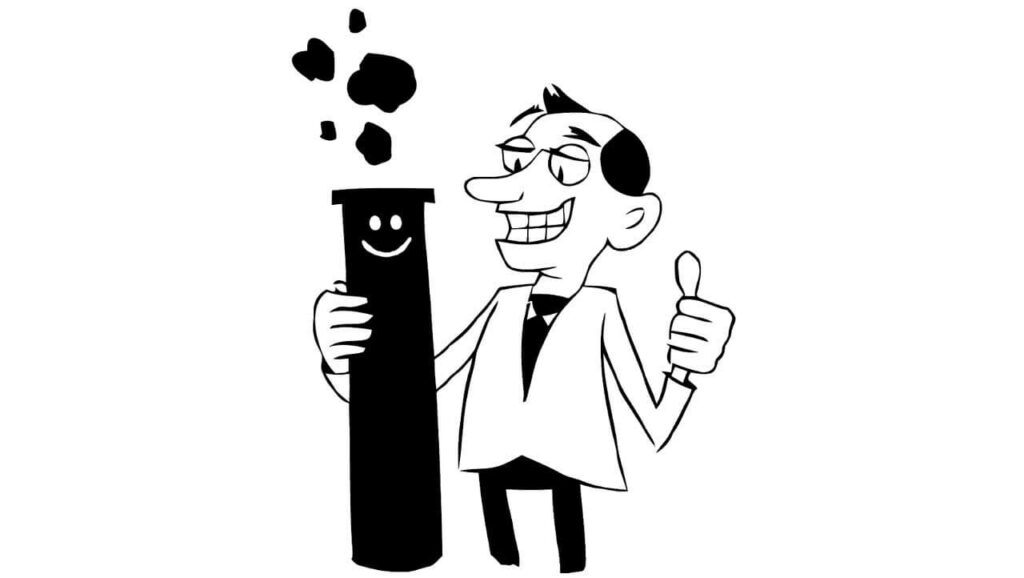 Each edition, we put a different aspect of The New Economy to the test. This quarter, we look at how a business like The Chaser Quarterly could benefit from the “disruption” of task-based services such as “Airtasker”, “Fiver” and “Task Rabbit”, which allows you to off-shore creative tasks, such as writing satire.

When you’re running a media business, it’s one thing to pay managers, marketing and advertising personnel, and, most importantly, accountants and lawyers: they are all necessary to the operation. But when writers, designers and illustrators start demanding to be paid, that’s when the bottom falls out of your profits.

Luckily, the market for creative services has been ‘disrupted’ in recent years by websites that promise to do the same thing that Uber has done for taxi-drivers: tear the pounding heart out of their business model and smash it into the ground, forcing workers to immiserate themselves by competing against everyone else in the world for your business. No longer do Australian publishers have to put up with penalty rates on Sundays, and the frankly outdated principle of a fair day’s pay for a fair day’s work. Instead, The Chaser can bring you quality satire written by the lowest bidder.

For the first part of this series, we decided to use the service Fiverr – where every task costs only $5 – to off-shore the writing of some Australian political satire. It turns out that $5 can buy you up to 500 words from hundreds of (presumably) hungry writers from across the US. For people who are innumerate, that works out at a chilling 1 cent per word. 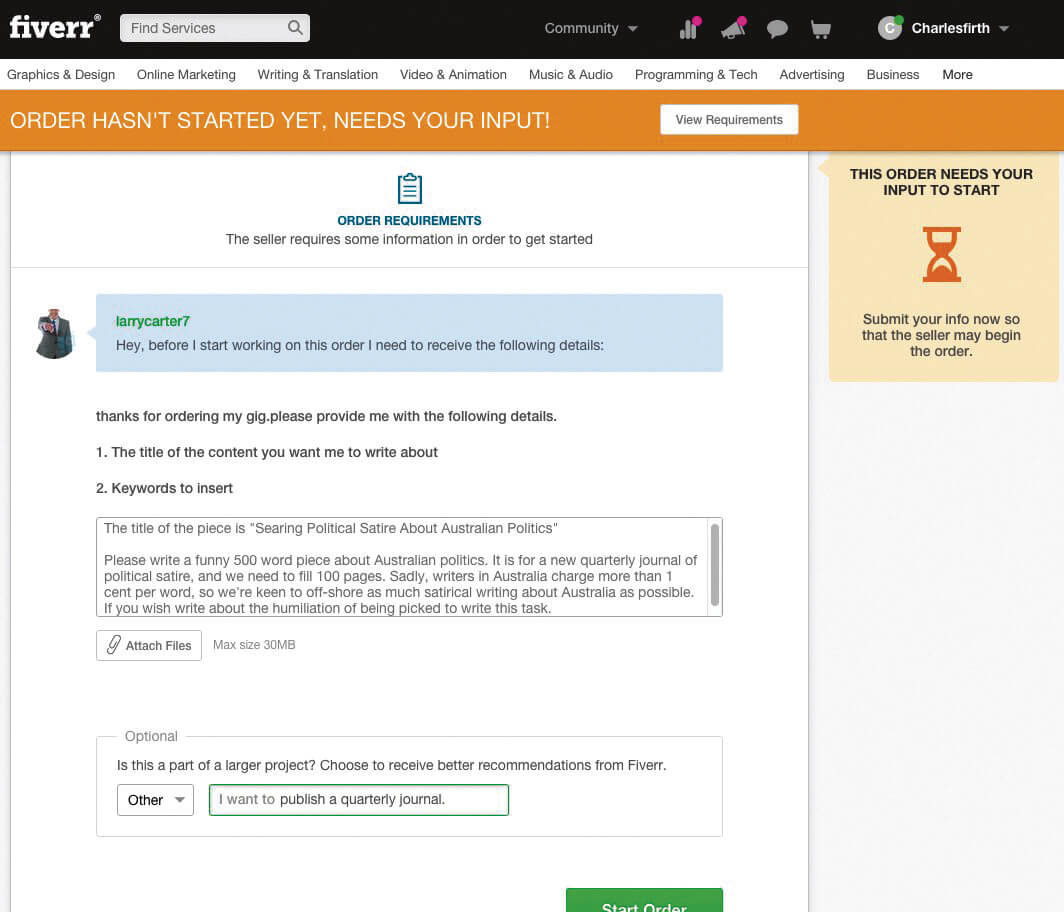 So what does 1 cent per word get you? Here is the article in full:

As a clueless American, I was befuddled when I was asked to write about Australian politics. Since voting is considered a privilege here, most Americans treat voting like we do most our privileges – like a burden to be avoided or a reason to party! (Have you seen our elections? I swear, the money spent dropping balloons on large groups of people could fund our next failed police action.) But as I’ve learned from the wisest source I have (Wikipedia) voting is compulsory in Australia. I don’t know how they would manage that here unless smart phones had a voting app. Lazy Americans. Since my general frame of reference for Australia is Crocodile Dundee movies, Steve Irwin (God rest his soul) and that mermaid sitcom my daughter loves, I generally picture either people strolling in from the beach to vote, or hiking across endless miles without the aid of a compass and over huge nests of rattlesnakes to get to your nearest polling place. Either way, I’m probably giving you all a lot of credit for getting to the polls (getting off the beach is HARD!).

Even though you have a perfectly good hereditary monarch in charge of things, I see it’s policy to elect a Governor-General. I get it – she’s an old bird, we broke away from the monarchy ages ago anyway, so I’m partial to elected officials myself, but why a Governor-General? I get using a full title to show “respect” but do you shorten it up in conversation? Is it “Gov”? “General”? Stuff they just don’t teach you in Crocodile Dundee movies.

Then you have a Prime Minister, who’s technically the most powerful person in the country, but it’s basically an appointed position by the Governor General! And legally he/she doesn’t even have to be a member of Parliament to be appointed! Doesn’t that strike you as a little odd? Your drunk Uncle Billy could be appointed to the most powerful (non-constitutional) position in the country if the Governor-General thinks his ideas on marijuana reform have merit. Come to think of it, is that how prostitution got legalized there? Not that there’s anything wrong with that.

I see you have Coalition (we call them Republicans) and Labor Party (Democrats). We Yanks have those too, and they’re barely different from each other. I mean, a Republican and a Democrat will generally agree on 85% of everything, then paint their opponent as a Satanist for disagreeing on 15% of issues. As far as I know, the vilification of your enemy is universal amongst successful politicians, no matter the nation.

In browsing the political page of The Australian, one has to conclude that the efforts for climate change are equally as important as education or health care. I’d be inclined to disagree with that – I’d consider education a bit more important – but then my country doesn’t have a screaming huge hole in the ozone layer hanging directly overhead. I’d consider health even more important, but we still have to pay our own way with our doctors – if we were covered the way you are, I’d probably have time to worry about the environment more than I do now.

Altogether, it seems like you have some bizarre political practices, but no more so than the rest of the world. Now if you’ll excuse me, I have to go eat some McDonalds and shop at Walmart. Cheers!