WRITTEN BY
Elizabeth Hodges
For The Chaser 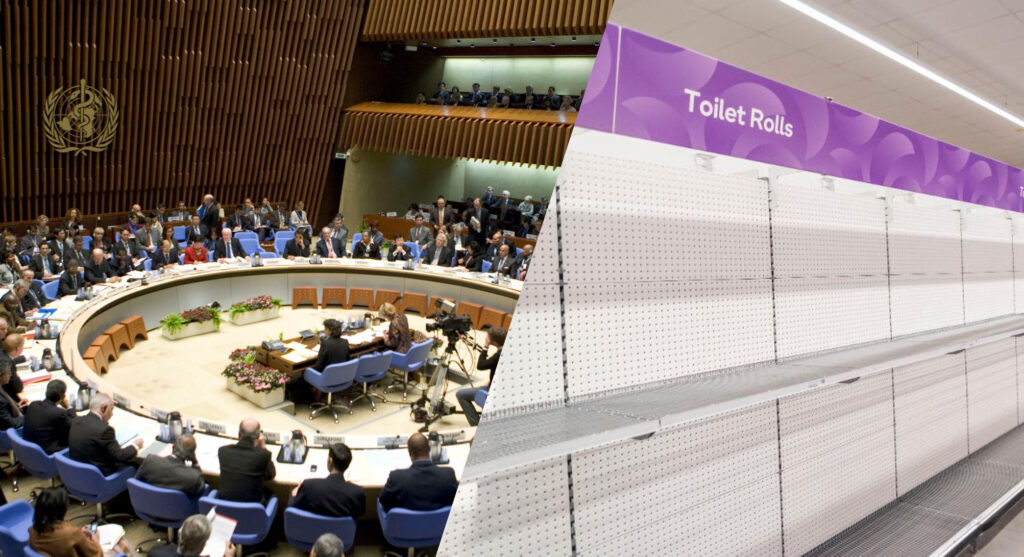 The World Health Organisation has today met to decide whether to label the toilet paper mass hysteria in Australia a pandemic, with fears it may spread to other, less stupid continents, if left unchecked.

“Already we’re seeing signs of the panic spreading to other countries via social media,” said one Australian official. “However on closer inspection they all just seem to be posting about how hilarious it is and asking what has possessed Australia to think that buying 200 rolls of toilet paper was somehow an appropriate response to a virus.”

Despite deciding against the pandemic rating, the organisation did settle on a name for the new bulk-buying disease, labelling the outbreak as the ‘Caroma Virus’. Other considered options include Kohler-a, the floo, 2-plague, or Cottonella, though the ruling body all rushed off to stock up on toilet rolls before the final vote was even held, in a worrying sign the disease may be spreading.

WRITTEN BY
Elizabeth Hodges
For The Chaser