World
Trump’s niece hides revelations from him by putting them in a book
June 28, 2020 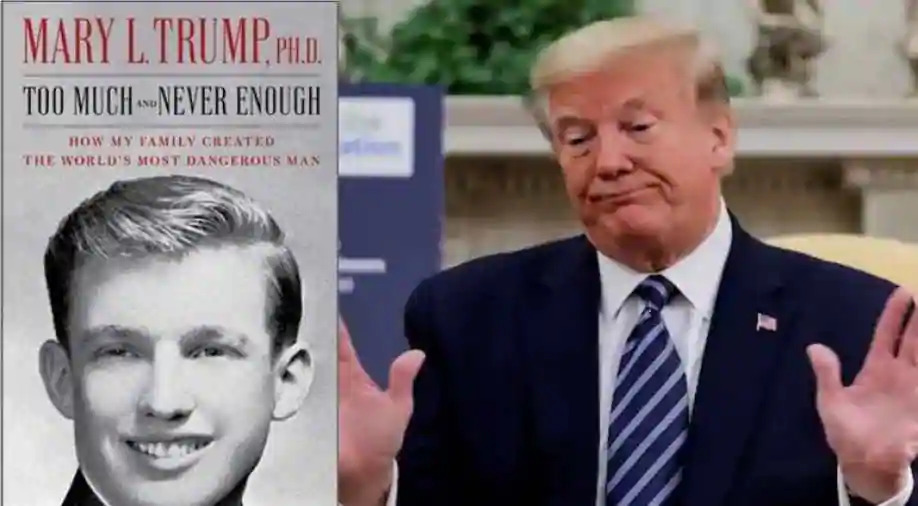 Donald Trump’s niece has ensured he will never find her disclosures about the family by placing them all in a book. Mary Trump described searching for the safest place possible before settling on a hardback of approximately 300 pages with no pictures.

The publisher has suggested Mary Trump’s book Too Much and Never Enough will reveal never-before-heard information about the Trump family, including what the fuck is wrong with Donald. They went on to say that the president would never find out, as long as no one dobbed.

Mary Trump said “My cousin Donald will never find out what I’ve been saying about his asymmetrical nipples, ‘Christmas diarrhoea’, or the time I caught him practicing kissing on a shoe.

“It doesn’t matter if they read it out on Fox News. As long as they say it’s from a book first he’ll be shuffling to the fridge by the time they start.”

Despite the author’s precautions, the danger remains that Trump will eventually catch on. Aides have threatened to reveal everything by putting key passages on the Twitter account of an adult entertainer or in the funny pages of the New York Post, or by buying the book and leaving it near him with a bit of ham as a bookmark.